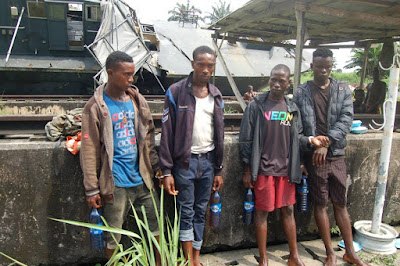 The four suspects were arrested by officers of the NNS PAITHFINDER Naval Base Rumuolumeni, Port Harcourt, Rivers State and handed over to the EFCC for further investigation and possible prosecution. Items recovered from the suspects include one 40HP Outboard Engine, AGO product and one Pumping Machine. According to the NNS, the suspects were intercepted by men of the Nigeria Navy around Abonema Wharf on December 14, 2016 while on patrol with a ‘’Cotonou’’ boat loaded with 135 drums containing suspected product of AGO without proper documentation and licence. The four suspects who are currently undergoing interrogation will be charged to court as soon as investigation is concluded. 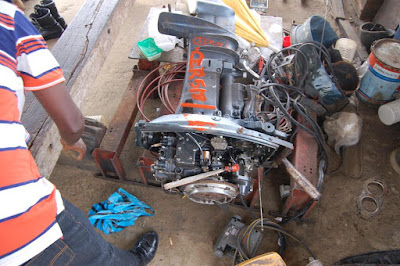 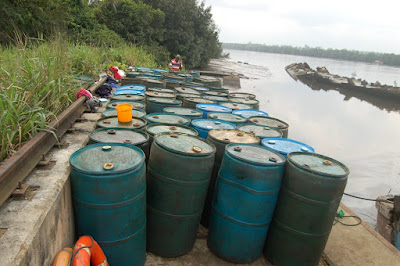 Fight Breaks Out After Football Match As Steward Spits At Players Leaving The Pitch. Photos