Super Falcon’s coach, Florence Omagbemi and Nigerian international, Kelechi Iheanacho, have made the final shortlists for the 2016 Confederation of Africa Football (CAF) Awards. Top scorer at the just concluded Africa Women’s Cup of Nations (AWCON), Asisat Oshoala, was also included on the list. 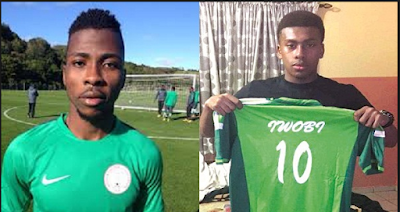 Others who also received nominations are Super Eagles duo, Alex Iwobi and Oghenekaro Etebo as well as Nigeria’s U-23 team. Omagbemi, who recently led the Falcons to their eighth AWCON title in Cameroon, was nominated in the coach of the year category while Oshola was nominated in the women’s player of the year class. Etebo and Iheanacho were also shortlisted in the promising talents category.

For the youth player of the year award, Iwobi would contend with Ghana’s Eric Ayiah and Sandra Ansah, Franck Jessie of Cote d’Ivoire and Sikiki Maiga from Mali.