A 35-year- old artisan, Kayode Idowu has been sentenced to death by hanging for armed robbery and murder. An Osun State High Court passed the judgment on Thursday. The police had arraigned Idowu and his partner, Femi Adebowale, before the court on three counts of conspiracy, murder and armed robbery. 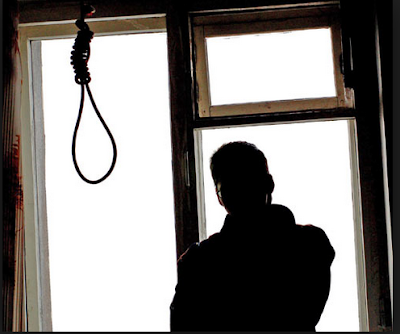 Idowu, who was found guilty by Justice Kudrat Akano, was said to have broken into the apartments of one Mrs. Rachel Aina Ogbomoniyi and Florence Ajayi at about 1am on August 3, 2009 and found N200 from Aina’s room. The duo of Idowu and Adebowale were said to have stolen the N200 and headed to another room where they found Ajayi and eventually killed her. The Principal State Counsel, Mr. Moses Faremi told the court that the convict and the second accused person who later died during the trial, forcefully entered the house of deceased in the mid-night and they were asked for the money and deceased told them she didn’t have money after they left, the deceased was later found in a pool of her blood. The counsel said the offence were contrary to sections (1) (2) (9)and 319 of the criminal Code Cap. 34 Volume 2 Laws of Osun State of Nigeria 2002. The principal witness, who was also a victim of the two man gang had told the court during the trial that she was asked to come and identify the two men at the police station and she was able to point them out. Counsel for the convicts, Sade Ipede, of the Legal Aid Council, pleaded with the Judge to temper justice with mercy.

The judge said the prosecuting counsel had proved his case beyond reasonable doubt and subsequent sentenced him to death by hanging.

Woman Slumps At Minna Airport During The Airlift Of Hajj Pilgrims To Mecca. Photos