A Brazilian psychic may have predicted the horrific plane crash involving the Chapecoense squad. Virtually all of the playing squad and coaching staff died in the incident, which also took the life of air crew and club directors. 75 passengers are confirmed to have died so far. 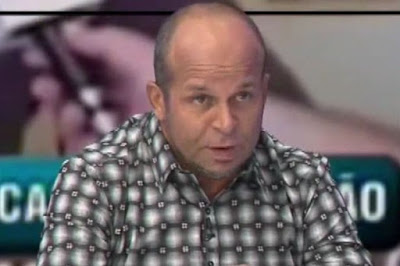 Brazil is in mourning following the tragic incident with tributes pouring in from across the world. Footage has now emerged on social media of psychic Carlinhos predicting the tragedy in March. The clip shows him saying: “A whole football team will die in a plane crash. Make a note of what I’m saying, this will happen within a year and a half.” 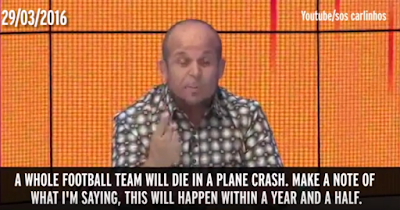 He was then asked if the team would be Brazilian but admitted he was uncertain. The 53-year-old, real name José Ferreira dos Santos Carlinhos, shot to stardom in 2014 after predicting World Cup results. On Wednesday night, tiny Chapecoense were due to play the first leg of the Copa Sudamericana final against Atletico Nacional.

Pregnant Woman Dies After Theater Caves In During Surgical Operation In Ghana. Photos