Russia’s President Vladimir Putin has retained his place at the top of the Forbes list of the world’s most powerful people, after a year in which the Kremlin dominated foreign affairs and ignored the United States, with its lame duck President Barack Obama. 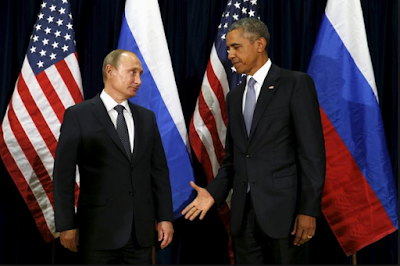 The outgoing president, who has just over a month left in the White House, has already plummeted to 48th place on the list. His successor, Donald Trump, has moved up from 72nd to number two on the list and could well be challenging Putin for top spot in 12 months’ time. China’s President Xi Jinping is fourth, with Pope Francis behind him. Facebook is widely perceived to have had a disastrous year, with a number of public relations gaffes, but that has not stopped its founder, Mark Zuckerberg climbing from 16th to 10th place. The full list is published on the Forbes website and it shows France’s outgoing President Francois Hollande clinging on in 23rd place, media tycoon Rupert Murdoch at 35 and North Korea’s eccentric leader Kim Jong-un at 43. Forbes said the list is drawn up every year, considering each of the contenders’ political, financial and spiritual power. 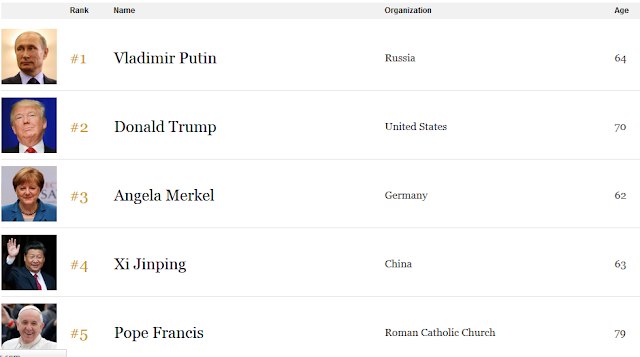 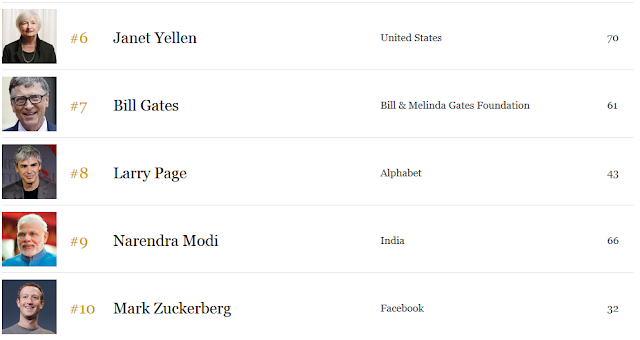 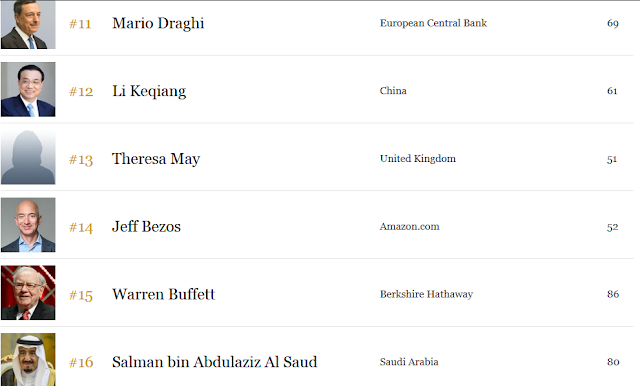 Man Stabs His Own Sister To Death Before Killing Himself In Horrible Family Tragedy. Photos