A 10-year-old boy, Musa Amadu has suffered first degree burns on his hands after his Qur’anic school teacher scalded him for refusing to run errands. The incident took place at a Qur’anic school in Kura town, 35 kilometers from Kano. 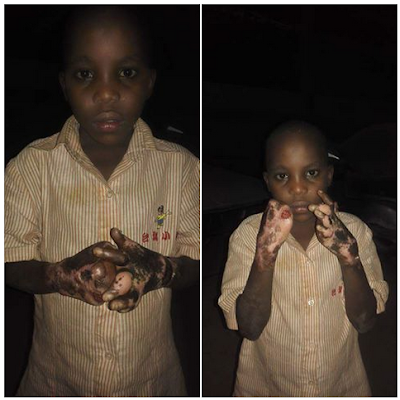 It was gathered that sometime in September, the school teacher, identified as Yawale, asked the pre-teen child to wash his cloth, but the boy took excuse that he was sick. Dissatisfied with the response of the boy, the school teacher heated water to a boiling point, beat him to a pulp and dipped his both hands into it as punishment. The school teacher, who was allegedly sitting in for the head teacher at the time of the assault, was arrested by the police. 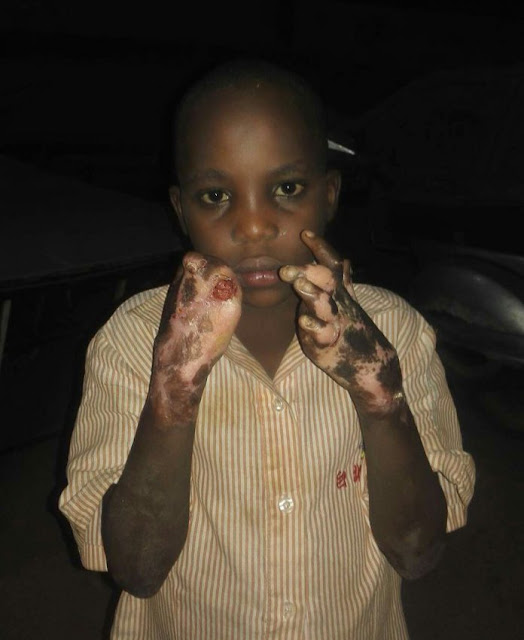 Doctors at Aminu Kano Teaching Hospital have already amputated Musa’s badly damaged fingers, but was not allowed to go home as his parents were unable to settle the medical bills.

Musa, who hails from a Jigawa town of Jahun, was sent to study Qur’an in Kura town, Kano.

Mother Of 3 Dies As Building Collapses In Ogun State…