A scorned woman who claimed her boyfriend had been cheating on her decided to confront him in the middle of his supermarket checkout shift at Sainsbury’s, London . The angry woman who stormed the supermarket with her man’s possessions in a bin bag -emptied the bag right there in his office. 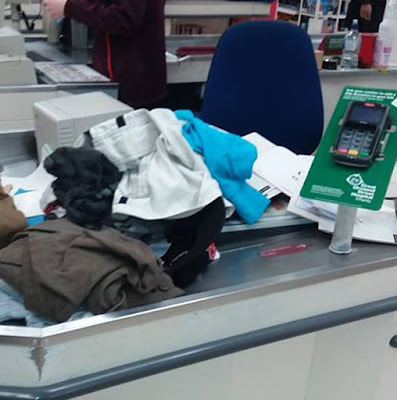 “I’m not ashamed to say I’ve been cheated on for almost two years… why should I be ashamed as I am a strong woman and will not let a man get me down. “[He] fooled me, my friends and family… you played a very convincing, good step dad too, a very convincing liar. “Been living a secret life of cheating, then crying like a b**** when he gets found out. He’s a fool. “[He] played a very GOOD game, let’s make him famous so he can take a f***ing bow.” 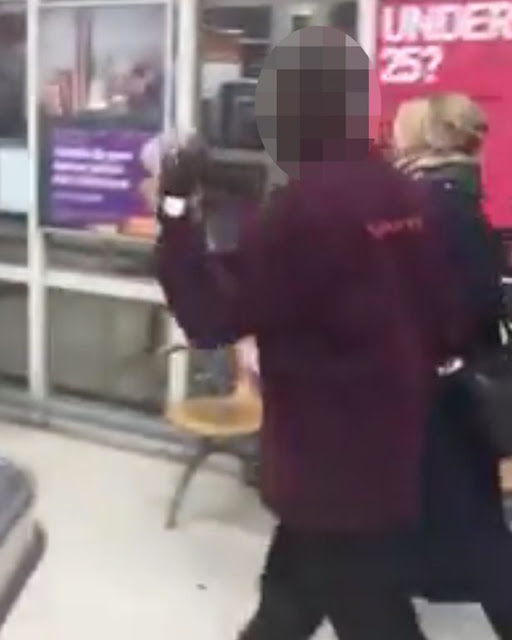 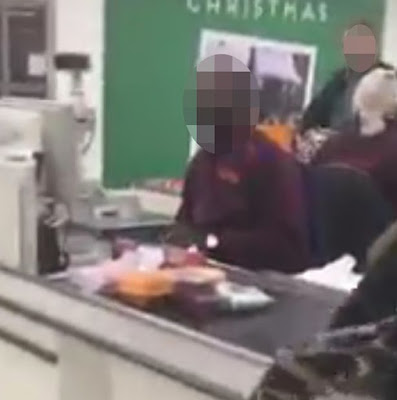 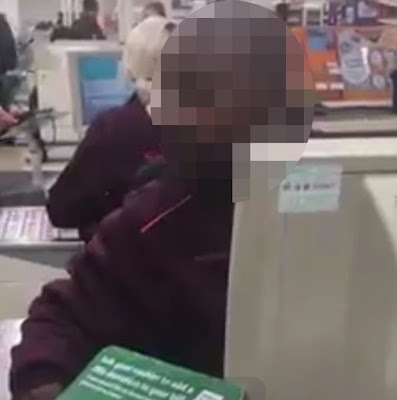 How Uber Driver Was Killed By Robbers Who Posed As Passengers In Lagos. Photo

Man Calmly Waits On A Queue After Being Stabbed In The Eye By His Wife. Photos

Leopard Escapes From Its Captors And Rampages Through A Town’s Streets..Photos