Three persons, a female and two males, yesterday lost their lives in a multiple accident involving an articulated vehicle and nine others along the Upper Iweka Road, Onitsha in Anambra State. Mr. Sunday Ajayi, the state Sector Commander of the Federal Road Safety Corps (FRSC), while confirming the incident, said nine casualties were taken to three hospitals. 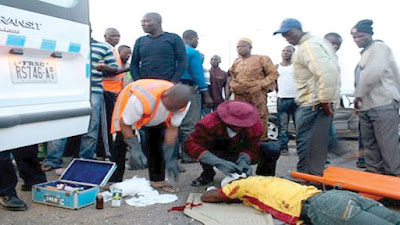 Ajayi said the accident occurred at the Lagos Park axis of the Upper Iweka Road around 10:15a.m. “As at the time of reporting, we had nine casualties in three hospitals namely: Toronto Hospital, St. John Hospital and Bethsaida Specialist Hospital, all in Onitsha. “Three persons have been confirmed dead while six others are seriously injured but are being treated in those hospitals,” Ajayi said.The sector commander said the ‘stressed’ articulated vehicle with registration number ENU69XY which was heading toward the Onitsha Bridgehead had a brake failure and rammed into several other vehicles on the road. He attributed the high number of casualty to the use of only a section of the Enugu – Onitsha Expressway due to ongoing asphalting on the other section by the state government. The sector commander said two commercial motorcycles, four commercial buses, a commercial tricycle, one RAV 4 SUV and a Toyota Hilux vehicles were involved in the multiple crashes. 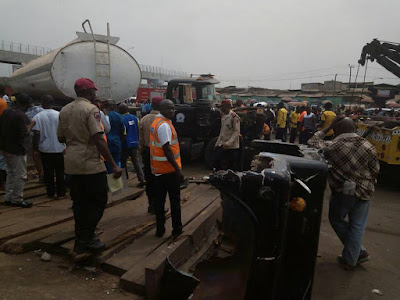 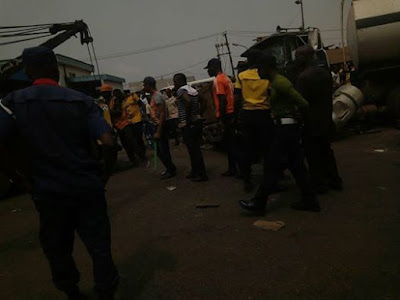 Meet The Family That Has Created An Unlikely Bond With A Bear After Adopting It. Photos

Olubadan Poses With His Wives As They Board A First Class Train In London. Photos