America has kicked out 35 Russian spies and closed two Russian compounds in New York and Maryland in response to a campaign of harassment by Russia against American diplomats in Moscow. 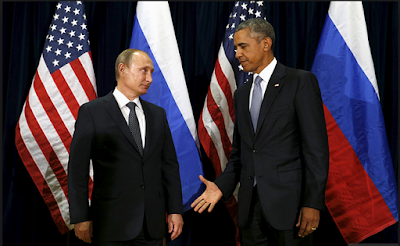 The move against the diplomats from the Russian embassy in Washington and consulate in San Francisco is part of a series of actions announced today to punish Russia for the intimidation and alleged interference in the US election. President Obama said “All Americans should be alarmed by Russia’s actions”, adding: “I have ordered a number of actions in response to the Russian government’s aggressive harassment of US officials and cyber operations aimed at the US election. “These actions follow repeated private and public warnings that we have issued to the Russian government, and are a necessary and appropriate response to efforts to harm US interests in violation of established international norms of behaviour.” Among the measures announced were sanctions against Russia’s FSB and GRU intelligence agencies; the designation of 35 Russian operatives as “persona non grata”; and the closure of two Russian compounds in New York and Maryland that the United States says are used “for intelligence-related purposes.” Meanwhile, the Department of Homeland Security and the FBI are releasing declassified technical information on Russian civilian and military intelligence service cyber activity, to “help network defenders in the United States and abroad identify, detect, and disrupt Russia’s global campaign of malicious cyber activities”. Obama said the hacking “could only have been directed by the highest levels of the Russian government,” a contention the U.S. has used to suggest Russian President Vladimir Putin was personally involved. Moscow’s Foreign Ministry says the sanctions are “counterproductive” and will harm ties between the two powerful nations and Russian politician Konstantin Kosachyov called the act: “The death throes of political corpses.”

Trump, who takes office on January 20, has called for better relations with Russia. It was not clear if he will be able to immediately overturn the measures announced today.

Euro 2016; Chaos As Croatian Fans Throw Flares Into The Pitch During Match Against Czech. Photos

Woman From Enugu Found Wandering With Her Daughter In Ogun State. Photo