An employee of a private company in Zambia called SupaOne Ltd, vanished with K53, 500.00 cash on Wednesday, 11th January, 2017. The employee has been identified as Andrew Liyungu and works as an assistant accountant was sent to collect money meant for salaries for workers from the bank. 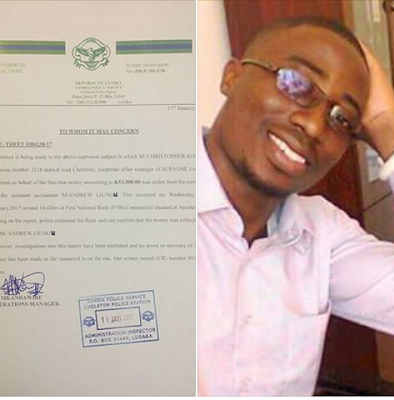 According to Police notice of wanted persons, Andrew Liyungu is being sought for theft by Agent. The Report also shows that Andrew Liyungu drew K53, 500.00. Liyungu has since disappeared and the Police has advised that anyone with information should report to the nearest Police station. Liyungu drew the amount from FNB Bank and failed to turn up back for work. Calls to his cellphone also went unanswered. He later switched off his phone after repeated attempts to reach him. SupaOne Ltd management reported the theft to Chelstone police station, which has started investigating the case. SupaOne Ltd is also offering a reward to anyone that will help bring the culprit to book. 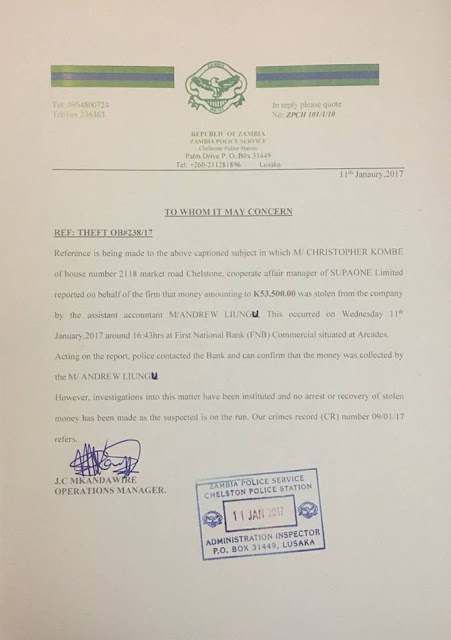 “Boko Haram Can’t Exist If I Were President” – Atiku Abubakar

Foolish Son Beats Up Parents In The Street For Buying Him A 'Small' House. Photos/Video