A miracle baby was born with feet the size of pennies after her mum went into labour just two days after the 24-week abortion limit. Doctors told Victoria Bradley her daughter Francesca Bradley-Curran would probably die after after the tiny tot entered the world prematurely weighing just 1lbs 6oz. 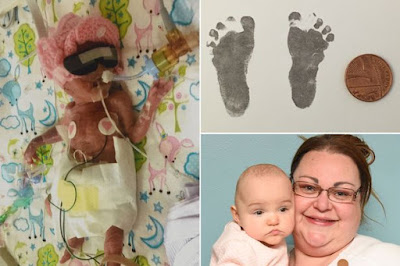 Nurses even gave the 37-year-old housing association worker, who was once told she would never have children , keepsakes of her baby girl’s handprints and footprints because no one expected her to survive. But nine months on the miracle tot – who arrived in April last year – is fighting fit after 15 blood transfusions and weighs a healthy 15lbs 2oz. Mum-of-one Victoria, from Liverpool, said: “After Francesca was born nurses actually gave me a memory box, which they do for babies that die at birth. They took prints of her hands and feet for me. “I took a picture of her footprint next to a penny to show how small she was. I got to see her three-and-a-half hours after she was born. She looked like a 3D scan. “I thought she still looked like a foetus. Her skin was see-through, and she didn’t have eyelashes or eyebrows. Her eyes weren’t open yet. “She was just tiny, and so poorly. We were told it was hour by hour with her, and they didn’t think she would survive. Her blood was full of infections.” 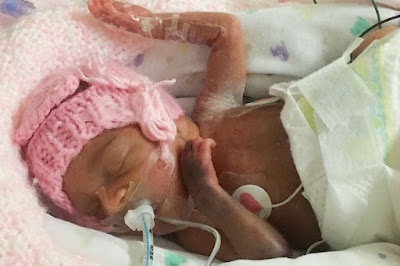 Francesca’s birth was doubly miraculous before as Victoria had previously been told she could never have children due to problems with her ovaries. She and civil-servant partner Paul Curran, 46, were shocked but delighted when they discovered she was pregnant. But Victoria began experiencing back and stomach pains at 24 weeks, and on April 22 last year was taken into Liverpool Women’s Hospital, where she was told she was in labour. Just hours later, on April 23, Francesca was born via a natural birth – just two days after the 24-week abortion limit. 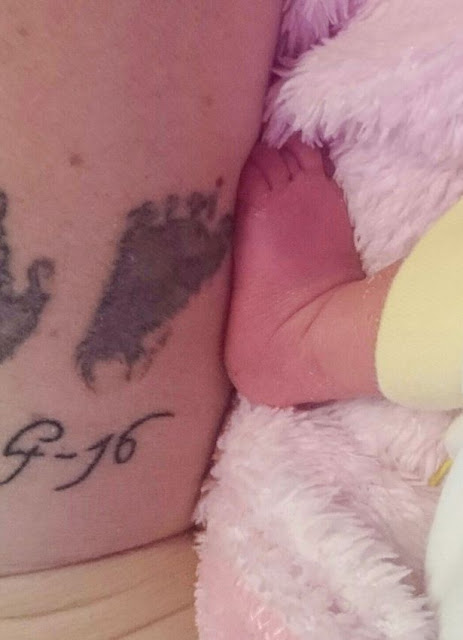 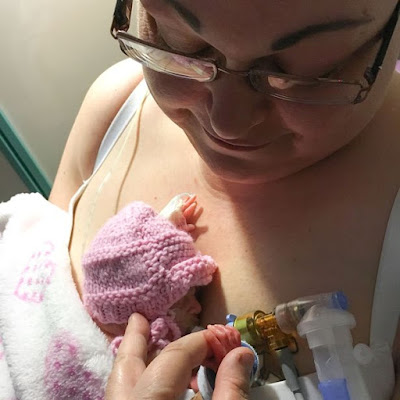 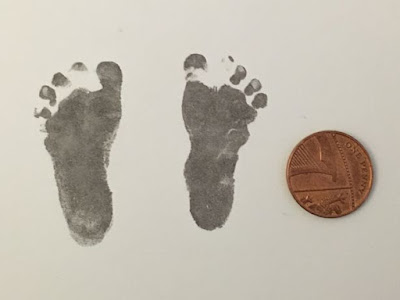 Mexican Man Leaps To His Death Just Minutes After Being Deported From The US. Photos

Medical Doctor Jumps Into A Lagoon In Lagos While Returning From Church. Photos

“None Of The Bullets Penetrated”– Man Reveals How He Survived Fulani Herdsmen Attack. Photos