The African Union Mission in Somalia Police Commissioner, Brig. Anand Pillay says the rebuilding of the Somali Police Force (SPF), remains a critical national security objective in its goal of institution building in the horn of Africa nation. 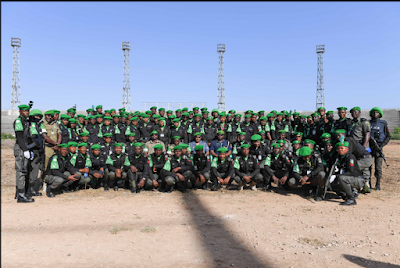 Speaking at the conclusion of an induction course for newly deployed Nigerian Police Officers on FrIday, Brig. Pillay asked them to support the rebuilding of Somalia’s police force. “We all know that there is still a threat to security in this country and it’s our responsibility to support the Somali security institutions in building the security apparatus to take care of the country’s security,” Pillay said. The police inductees will be the sixth contingent from Nigeria to serve the Mission. They replace a similar contingent, which left Somalia earlier this month, on completion a of year’s tour of duty. The mandatory induction prepares police officers to better understand the Mission’s mandate and how it relates to their daily tasks in Somalia. The unit will support Individual Police Officers (IPOs) in executing their duties, mentoring and carrying out joint policing with their counterparts of the Somali Police Force (SPF). 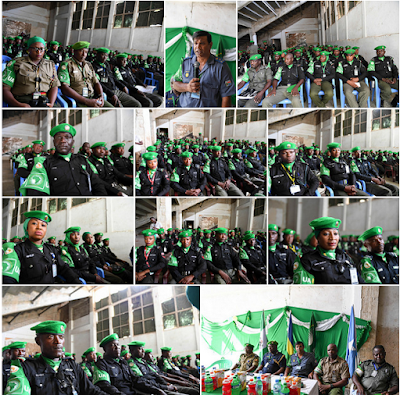 Assistant Commissioner of Police Francis Aryee, who is the AMISOM Police Training Coordinator, urged the newly deployed officers to execute their duties diligently. “You are supposed to provide the necessary support to the Somali Police Force so that by the time we start drawing down, the Somali Police Force will be capable of taking over the internal security responsibilities of Somalia and deliver policing services that will meet internationally acceptable standards of democratic policing,” Aryee stated. 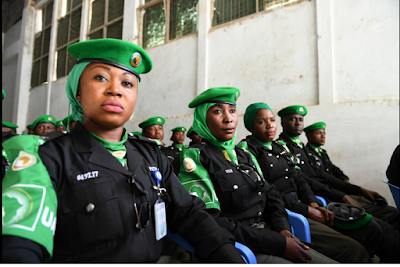 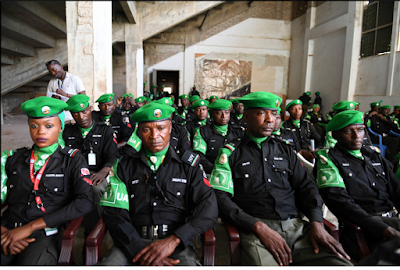 Cheating Husband Busted By Brothers-In-Law While Having Sex With Other Woman.Video

Former Corps Member Who Lost His Sight During 2011 Election Violence, Gets Employed By INEC