This is the terrifying moment a packed passenger plane is struck in mid-air by a bolt of lightning. The Boeing 747 had left Moscow’s Vnukovo International Airport as rain lashed down from ominous grey skies just before nightfall on January 2. 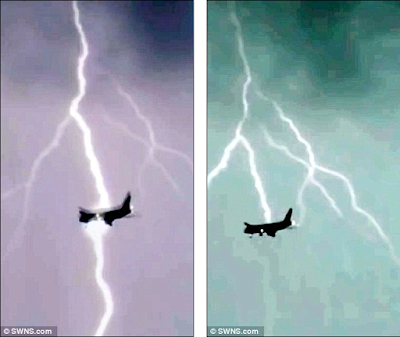 Moments into the ascent for the two hour 20 minutes flight to Sochi, a powerful bolt of lightning ripped down from the sky – striking the plane’s carriage. Storm chaser Julia Musina said: ‘It’s pretty scary to see this from the ground. The people on the plane must have been really nervous if they noticed what had happened. ‘The plane just carried on like nothing had affected it. It’s not nice for nervous flyers, though. Take off is the scariest time.’My friend recorded this and gave it to me to share. We follow the dramatic weather.’ The plane landed at Sochi International Airport where ground staff checked the aircraft for damage. An airport spokesman said the pilots had both been interviewed and the vehicle was sent for a technical inspection. 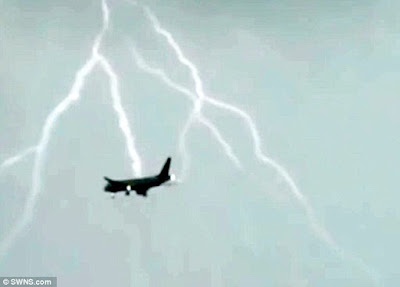 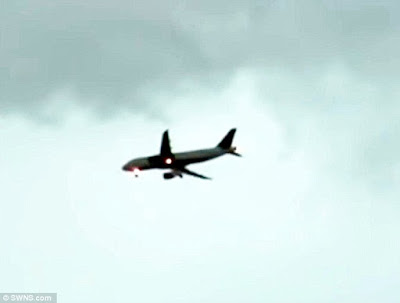 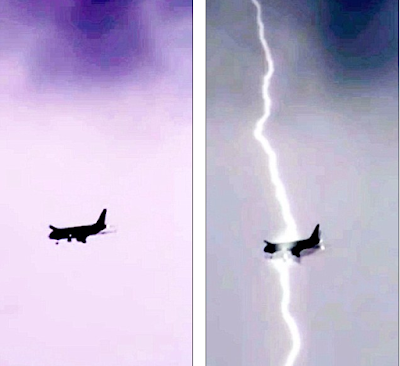 Carpenter Outrages His Neighbours By Renovating His Home While Completely Naked. Photos

“Should Politicians Be Sworn In With Tradition To Avoid Corruption?”. Photos