Afrobest Chinedu Eze, a trader at the Alaba International Market, Ojo, Lagos, was arrested on Wednesday, after several efforts by the police to track him down. .It had earlier been reported on January 28 how the victim, 16-year-old Blessing, was brought to the home of the Ezes to work as a housemaid about three months ago. 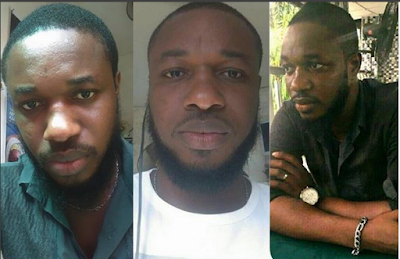 She was said to have lost her two parents and had been living without care in the village before a relation brought her to Lagos. Janet (not real name) accused the man she refers to as ‘uncle’ of forcing himself on her at three separate times when his wife was not around. According to the girl, when Mrs. Eze came back from her travels, she summoned her.  Janet told Saturday PUNCH that the woman accused her of seducing her husband while she was away and she tortured her as a result. But Eze had told our correspondent that the girl was simply lying about everything. The Divisional Police Officer of Iba, Mr. Michael Falade, explained that the suspect had not been transferred to the Department of Criminal Investigation he had not personally heard the verbal allegations of the girl. On Friday, our correspondent confirmed that Eze had finally been tranferred to the DCI for further investigation. Executive Director of the Esther Child Rights Foundation, Mrs. Esther Ogwu, who is handling Janet’s case, called on the Lagos State Government to find her a proper home.

“We are concerned that while the case lasts, the girl’s life may become stagnant even though she is already traumatised. That is why we submitted a letter to the Domestic and Sexual Violence Team of the Lagos State Government and the National Human Rights Commission to seek a concerted effort to help the girl,” she said.

El Rufai Goes Back To School In Netherlands. See Photos Of Him And His Classmates.

Woman Shocked After Returning Home To Find Burglars Having Sex On Her Sofa.