A prominent businessman was kidnapped by unknown gunmen who stormed Maris junction Ikenegbu, Owerri, Imo State capital yesterday. The hoodlums reportedly double-crossed the car the businessman was in, shot the driver twice and abducted their victim. 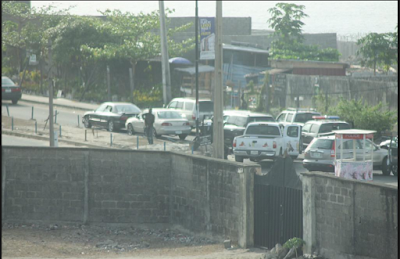 According to reports, the driver of the car was said to be taking his boss to a destination from Samsung Plaza Ikenegbu when the men of the underworld traced and followed them to Maris junction.  They stopped the vehicle and asked the driver to come down. The drier stepped out of the car and started arguing with them, not knowing they were criminals. They shot the driver on his two legs and took the man he was driving into their own car -shooting sporadically in the air while they drove off.

Meanwhile, the driver of the car who sustained guy shot injuries has been taken to the Hospital for medical treatment.

“Too Much Money”; See What A Herbalist Wore To The Funeral Of A Gospel Singer. PICS

“Corruption”; See How This Nigerian Lady Celebrated Her Birthday In A Club. Photos