Benue State Governor, Samuel Ortom has issued a 72-hour ultimatum to militia operating in Agatu area of the state to surrender themselves to law enforcement agencies or face the consequences of their action. The Governor who received arms and ammunition recovered by the army in Agatu, was reacting to the recent attack on military personnel in the area which led to the killing of a soldier. He described the incident as unacceptable. 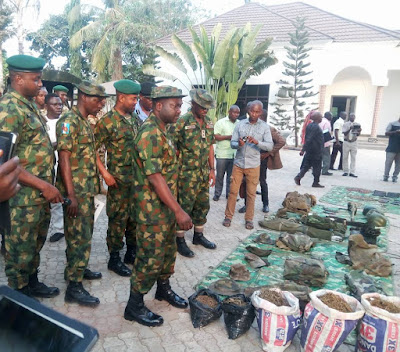 Governor Ortom restated the resolve of his administration to assist security agencies in identifying those behind the act to face justice and advised youths still in possession of illegal weapons to surrender such arms to the appropriate authorities. He sympathized with the Chief of Army Staff over the murder of the soldier, assuring him of the State Government’s support and commitment to the ongoing peace process. 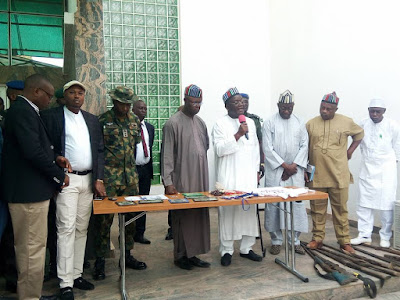 Earlier, the Special Adviser to the Governor on Security, Retired Colonel Edwin Jando presented the recovered weapons to the Governor, describing the feat as a result of the resilience of the military personnel deployed to the area. Meanwhile, the Commander, 707 Special Brigade Forces, Makurdi, Brigadier General Clement Apere has stated that no house was destroyed nor lives lost during the military search operation in Oweto, Agatu local government area. 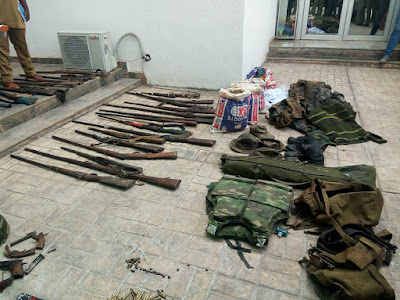 General Apere who stated this while briefing newsmen to clear the air on the operation, said the exercise was meant to apprehend armed militia who had killed a soldier and made away with his riffle. He maintained that the army obeyed rules of engagement during the operation. The recovered weapons included two AK47 rifles, two SLR rifles, one fabricated pistol, three locally made pistols, live amunition, police and military kits, some charms and substance suspected to be Indian hemp. 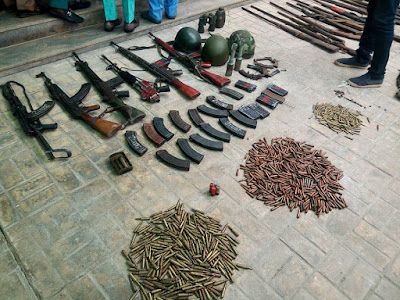 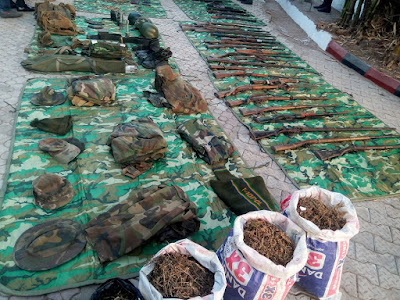 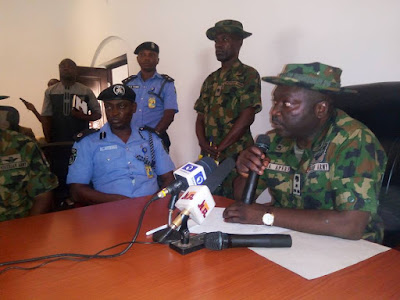 Governor Wike And His Wife Are At It Again..See What They Were Seen Doing. Photos

ISIS Terrorists Hack Over 60 People To Death In Revenge For Military Operation In Congo. Photos