These horrifying pictures show a biker’s chin impaled by a spiked metal railing after he crashed his motorbike. The footage shows the stomach-churning scene after he hit a speed bump lost control and thrown into the air. Gruesomely 20-year-old Bhavnalo Kant landed on spiked metal railings, and one pierced through his chin from underneath and emerged through his mouth. 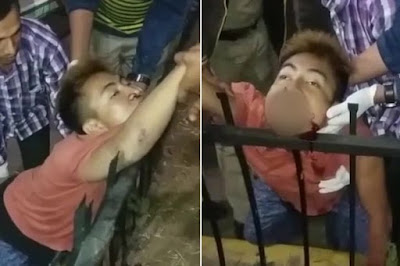 His shocked passenger, who landed in the road, then ran to the police station for help following the accident near Raja Ki Mandi railway station. But as the shocking footage from Agra, India, shows, it took several attempts at pulling his chin upwards off the railings, leaving him in unbelievable pain. In the end, when emergency services arrived they were left with no choice but to cut the top part of the railing off, leaving it in his jaw. Kant was then rushed to hospital by ambulance, before undergoing surgery to remove the remaining part, which was successful. The accident happened around five miles from the Taj Mahal. 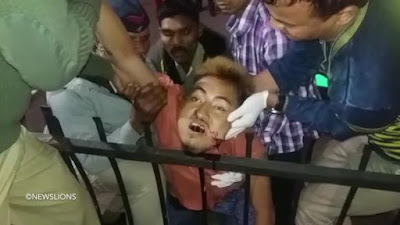 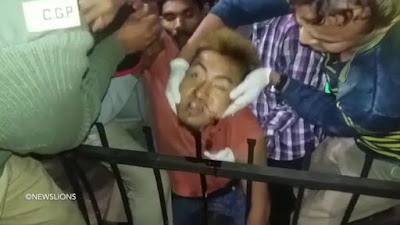 OMG! See What A Man Found Inside An Ice Block After Buying It. Shocking Photo

Principals Going For A Meeting In Delta Involved In Fatal Accident, One Dead. Photos