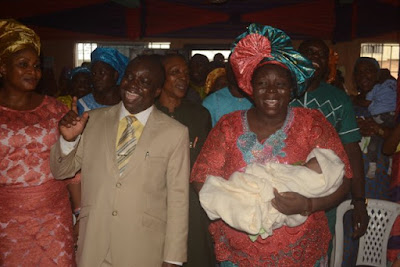 Like the Biblical Samuel, the little Samuel Ewomazino was born December 15, 2016, after his mother carried his pregnancy for three years. The couple got married February 7, 1987 and since then, they have had no child. In a chat with DAILY POST shortly after the dedication service, the cleric stated that thirty years after marriage, especially without an issue was a “long journey”. Eferaha noted that some persons became ashamed of coming to his house as a result of the wife’s barrenness. Pastor Eferaha noted that serving God goes with so much insults. 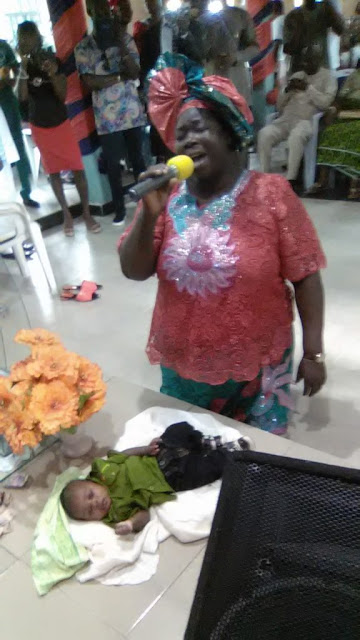 He disclosed that his wife fell sick after seven months into their marriage, resulting in them seeking both spiritual and medical help without any result, even from native doctors, until he gave his life to God in 1991. The retired Staff of Total Nigeria Limited also noted that even as an unbeliever, he never went deep into diabolic means in his search for a child. Eferaha also stated that “l was never tempted to leave my wife for another woman because I needed a child.” Eferaha said, “After thirty years, this miracle is not common. God has been preparing a package for us. God had been preparing a child for us. I have never witnessed this kind of thing in my life before. It was like a carnival. The people had waited for so long and when they saw it, it was a carnival the day my wife delivered.” 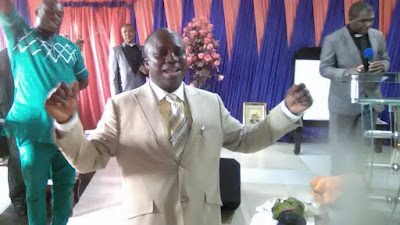 Eferaha described the delivery and dedication of the child as a “victory for Jesus Christ”, stating that he rejected adoption as an option even when other pastors persuaded him to do so. The fifty-seven-year old cleric revealed that his wife carried the pregnancy for three years stressing that, “it looked like a play. We never loosed our hope. Since I married her, I have never raised my hands on her.” Eferaha disclosed that his wife named their first child, Samuel because they vowed to return him back to God if finally she gives birth. 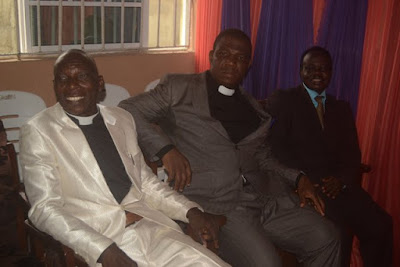 Wife of the cleric, Mrs. Florence Eferaha thanked God for making her a woman and mother after thirty years. “It was a battle and war. So many people mocked me but I knew where I was going . God is faithful”, she said. Florence who christined her hubby as her ” brother”, “real husband” and “friend” appreciated him for enduring and standing behind her in spite of the battles she went through. 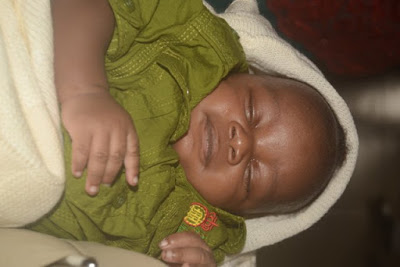 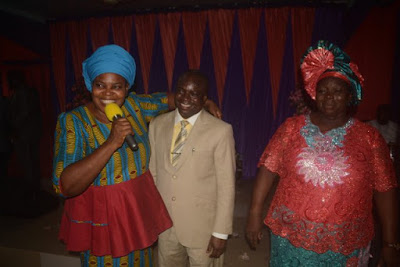 23-Year-Old Final Year Student Kills Herself After Jumping From A Bridge. Pictured

Is This Right?; Former Malawi President Kneels Down To Greet Another African President. Photo