The Economic and Financial Crimes Commission, EFCC, on February 6, 2017 arraigned one Adama Shuaibu, before Justice Sa’ad of the Gombe State High Court, on one-count charge bordering on obtaining money by false pretence. Shuaibu, who was arrested on May 23, 2016, allegedly defrauded his business client, Mamman Alkali, in a failed transaction. 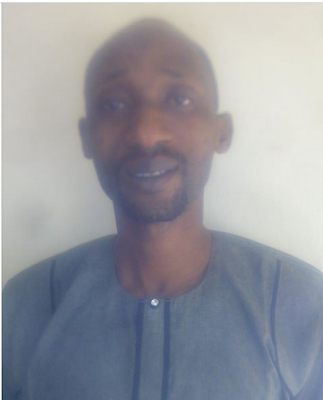 He was accused of collecting N500,000 from him, with the promise to supply timber woods from Taraba State, but however failed to deliver on his promise. The charge reads: “That you Adamu Babawuro Shuaibu, sometime in January 2016 at Gombe, Gombe State, within the jurisdiction of this Honourable Court, with intent to defraud, did obtain the sum of N500,000 only from Honourable Mamman Alkali under false pretence that the said sum would be used for the purchase of Madrid Timber Wood at Baruwa, Taraba State, which you never did, instead diverted same for personal use”. He pleaded “not guilty” to the charge when it was read to him. While granting him bail in the sum of N440, 000 with a reliable surety, who must be a resident in Gombe, the trial judge adjourned to March 2, 2017 for his trial to commence.

Chess Champion Falls To His Death After Attempting To Jump Between Balconies. PICS