A brawl marred a Copa Argentina match as players and stewards clashed on the pitch after the final whistle. The incident reportedly occurred as both Central Norte and Talleres de Perico players attempted to make their way down the tunnel at the end of the game. Talleres Perico defender Franco Sosa was seen following a teammate when suddenly a steward leaned towards him and appeared to spit in his face. Enraged, the defender ran after the steward, along with his teammate David Arganaraz, and a bottle was thrown at the fleeing man. Suddenly Arganaraz launched himself into the air and attempted to land drop-kick. Arganaraz was then briefly attacked by the same steward he had been chasing along with another man, as he tried his best to limp away. It is unclear why there was a confrontation between the steward and player to begin with. Home side Central Norte were beaten 1-0 on the day, but progressed to the next stage of the cup on aggregate. 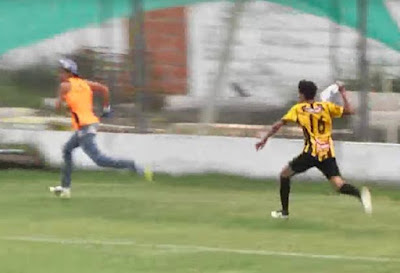 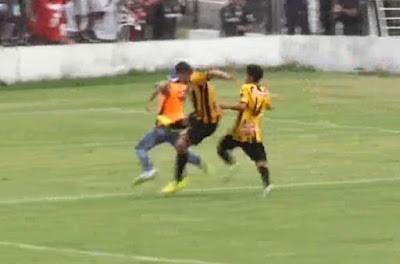 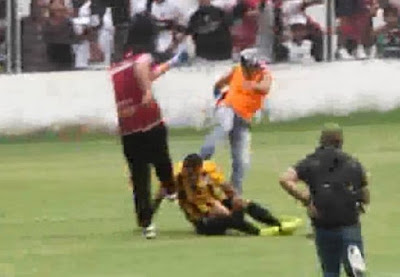 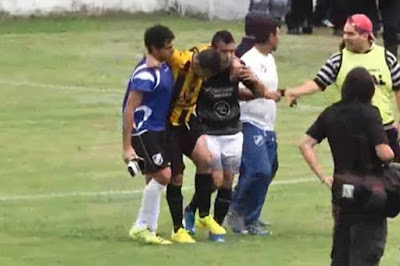 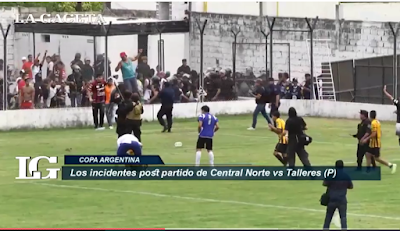