Three persons have reportedly died after drinking palm wine mixed with substances in Ilepa Quarters, Ikare-Akoko area of Ondo State, during their friend’s birthday bash. It was gathered that the deceased, whose identities could not be ascertained at press time, attended their friend’s birthday and were served palm wine. The three died with about eight others rushed to the hospital after consuming the liquor and complaining of stomach upset. 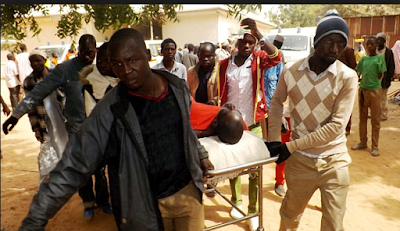 The celebrant was alleged to have personally served them the drink during the party. A source said some substances, called gegemu and maladol, were allegedly mixed with the palm wine to increase its potency. Vanguard was informed that two of the victims died immediately, while the third person died two days later. Ondo State Police spokesman, Femi Joseph, confirmed the incident and gave the name of one of the deceased as Kazeem Ogungbemi. Joseph said: “We can confirm the incident; the boys went to a party organised by one of their friends. But they drank recklessly. “We discovered what they drank was mixed with many substances. The person who served the palm wine has run away and we are still looking for him.” He said that the command had commenced investigation on the incident.

“Why Are Nigerians Like This?” — Cyprus Based Man Laments After Receiving This Message.