Nigeria’s Defence Headquarters says it will soon commence another military action on creeks in Lagos and Ogun states. This followed the resurgence of kidnappings in the last few months.Director, Defence Information, Brig. Gen. Rabe Abubakar, said the military would not leave the creeks to the criminals, urging Nigerians to support them with timely information. 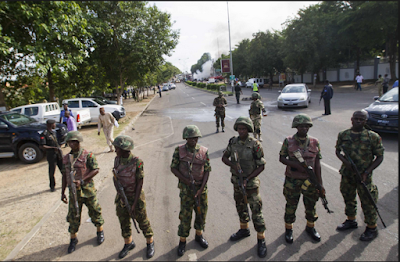 Abubakar noted that areas identified to be dominated by criminal gangs were under military watch. “We are working round-the-clock with other security agencies to maintain peace and eliminate any threat to security. “We will act where and when necessary, not only in Lagos and Ogun, but other identified areas, which are prevalent or dominated by criminal gangs such as kidnappers, terrorists or militants. “We will not leave any chance to criminals any where they are gathered. We urge our citizens to support with timely information to nip their evil plans in the bud. “The Operation Awatse is a joint task force deployed to take care of the activities of militants and vandals around the creek of Lagos and Ogun states. It has been doing a good thing there. “Last year, we struck and destroyed quite a number of camps and eliminated many of the criminals. So, there is a need to use other more proactive measures to secure our citizens, and curb illegalities. “We will do it because national interest is paramount”, he told Punch.

Woman Crashes Her SUV Onto A Guard Rail On A Busy Highway In China. Photos