Premier League champions Leicester City sacked Italian manager Claudio Ranieri on Thursday with the Midlands team still in the Champions League but hovering near the relegation zone. Ranieri, whose side are a point and a place above the bottom three, leaves Leicester less then a year after clinching a remarkable English title triumph that stunned the soccer world. 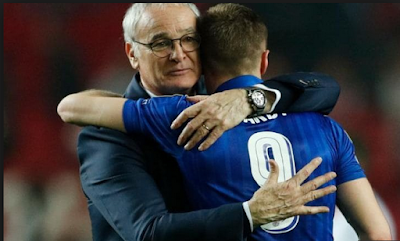 “Leicester City Football Club has tonight (Thursday) parted company with its first team manager, Claudio Ranieri,” the club said in a statement. “Claudio, appointed City manager in July 2015, led the Foxes to the greatest triumph in the club’s 133-year history last season, as we were crowned champions of England for the first time. His status as the most successful Leicester City manager of all time is without question,” it added. “However, domestic results in the current campaign have placed the club’s Premier League status under threat and the board reluctantly feels that a change of leadership, while admittedly painful, is necessary in the club’s greatest interest.” Ranieri had come under pressure following Leicester’s amazing title success, with the team battling relegation amid media reports suggesting that he had lost the dressing room. The club had given the Italian their “unwavering support” in a statement two weeks ago, but Leicester suffered another low last weekend when they exited the FA Cup at third-tier Millwall.

Leicester, who lost 2-1 at Sevilla in a Champions League last 16, first-leg tie on Wednesday, lifted their first top-flight league title in May having after starting the season among the favourites for relegation.

Prostitute Arraigned In Court For Attacking Colleagues With Blade In Abuja