Watford and China’s Changchun Yatai have agreed a fee of £20 million for Super Eagles’ Odion Ighalo. The Nigerian who has scored just two goals for the Premier League side in the ongoing season has also agreed personal terms with the Chinese club. 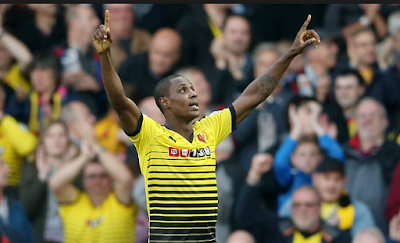 Coach Walter Mazzarri’s forward options have been boosted with the arrival of Mauro Zarate on a two-and-a-half-year deal from Fiorentina. M’baye Niang has also joined the English team on loan.

However, 27-year-old Ighalo is unlikely to be the only player to leave Vicarage Road before the transfer window shuts on Tuesday, January 31.

I Accepted My Wife After She Left Home For 7 Years, Man Says As Court Dissolves Marriage…