Cross River State pensioners today demonstrated the non payment of gratuity and other pension claims like harmonization and arrears. The pensioners numbering over 500 took to the street to protest Governor Ben Ayade insensitivity and lack of respect for the elderly senior citizens of the State. 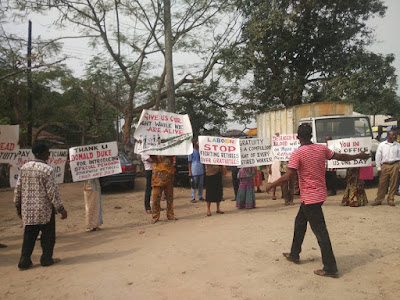 According to the protesters, the bailouts money given to States to pay salaries, gratuity, and pensions has not been utilized for the purpose it was given in the first place. The Governor who has taken to the skies in search of MoU soon after the money was lodged into the government account was nowhere to address the pensioners. Instead, a batch of Policemen and anti riot trucks were seen stationing a blockage against the demonstrators. The Police refused the senior citizens passage to the governor’s office saying that the demonstrators did not obtain a protest permit from the Commissioner of Police Office. However, the pensioners continued chanting solidarity songs as press men and women recoded the protesters grievances. 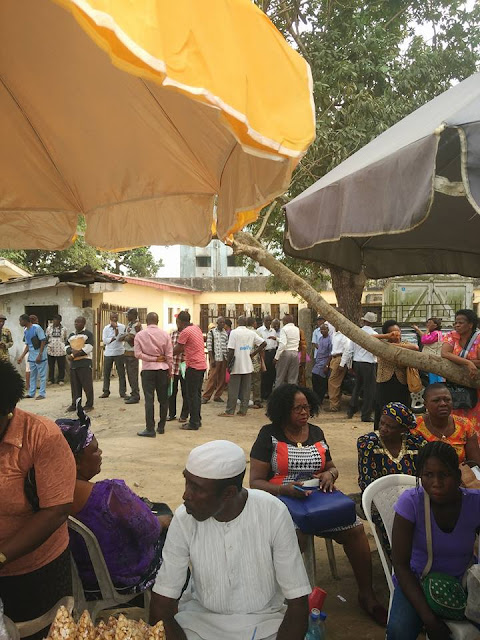 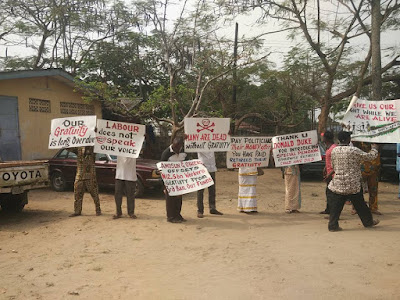 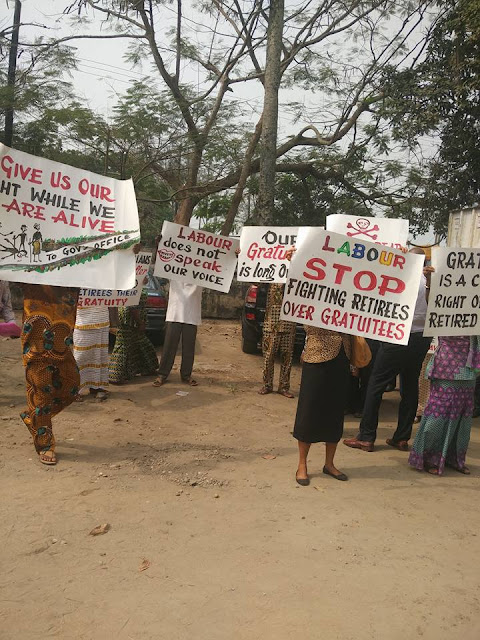 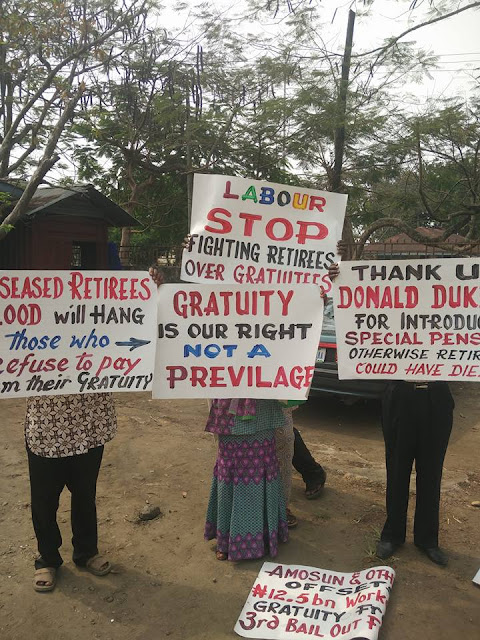 “My Husband Starved Me Of Sex For Seven Years” — Woman Tells Sharia Court In Ibadan.