This is the astonishing moment police officers discovered a kidnap victim in the boot of a car they had stopped to carry out random checks on. The footage posted online shows a white vehicle cops had stopped at a checkpoint in Brazil, which had a driver and passenger – both males – inside. 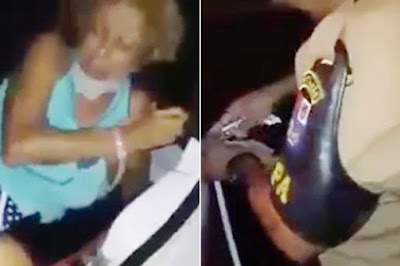 Suspicious of their behaviour, they ordered the men to stay put while they carried out more checks, when they suddenly heard a scream in the boot. The two officers then scramble to try and open the boot, with one of them trying out different buttons on the dashboard of the car to try and unlock it. After finally doing so, officers were stunned to open the trunk and discover a frail woman cooped up inside, wearing only a vest and shorts and crying for help. 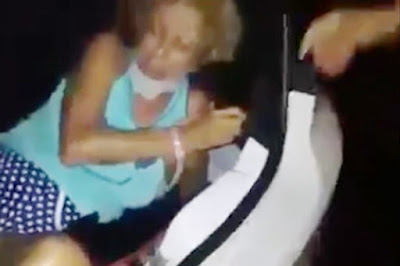 The officers then help her onto her feet, and use a knife to cut off a piece of bandaging that had been used to tie the woman’s wrists together. They also removed a cloth that had been placed around her mouth and neck. Having saved the kidnap victim, the woman then throws her arms around one of the officers to thank him for his potentially life saving actions. 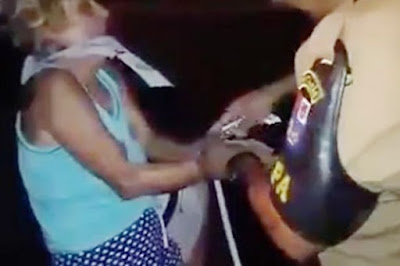