It has been revealed that in order to keep President Donald Trump and his family safe, the secret service uses secret code word for their activities. One of such important activities is when the president is having “down time,” a.k.a sex, with the First Lady! As reported by Mirror, there are various code words used in the White House so that Secret Service can communicate with each other without mentioning names or locations. 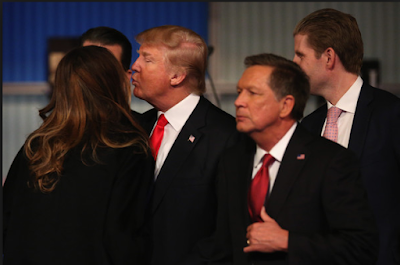 During Barack Obama’s administration, the President was known as ‘Renegade’ and First Lady, Michelle, was known as ‘Renaissance.’ When they wanted to have “sexy time,” it was referred to as ‘the Bosnian problem’, reports The Sun.

So, the conversation would be like, “Renaissance can’t be disturbed. She and Renegade are discussing the Bosnian problem.” If President Trump keeps the same code words, then we know Bosnia will get a little shout out every time he wants some privacy with wife Melania.

OAU Student And Another Arrested By EFCC Over Romance Scam. Photo