Men and women from around the world are planning to gather and cast a spell at midnight that will stop President Trump from doing harm while also possibly banishing him from office. Mass rituals have also been planned in multiple covens, during which men and women will perform a spell to bind President Trump and all those who abet him by delivering a chant and holding a brief ceremony. 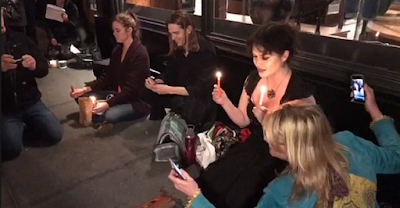 This is not an exclusive witches-only event wither, with Wiccans, shamans, Heremeticists, cunning folk, sorcerers and sorceresses, hoodooists, occultists, magicians, Ceremonialists and Ritualists also invited and urged to take part. The mass binding could not be easier either, with only a handful of household objects needed for the ceremony and the newly composed chant available online for all to see. President Trump, who has long been a strong and vocal proponent of ‘witch hunts,’ has yet to comment on the planned ritual. Among the objects required to complete this spell are an unflattering photo of Trump, a tiny orange candle, a Tower tarot card and bowls of water and salt. There must also be a pin, which is used to carve Trump’s name on the candle.

Once that first step is complete, the aforementioned items should be arranged around the individual in a pleasing position along with a feather, a white candle and an ashtray or dish filled with sand. From there, a prayer for protection should be said by all participants before they launch into the chant. Then it is time to launch into the chant, which was allegedly created by a member of a private magical order.

President Trump’s supporters are also wrapped into the chant. This will be just the first of the monthly rituals too, with one scheduled to take place every Friday of the crescent moon until President Trump is out of office. 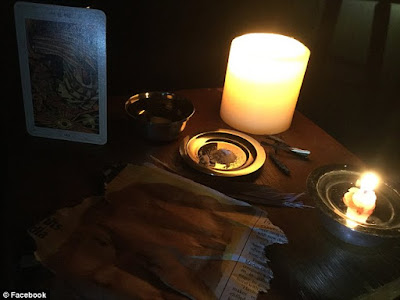 Young Man Marries 4 Pretty Wives In One Day After His Ex Dared Him To Find 1 Woman. Photo