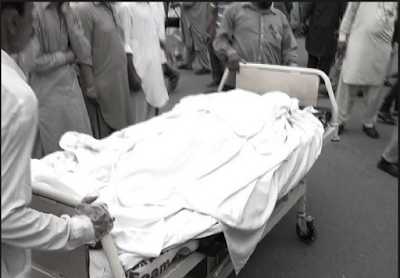 Nisar, who was a florist by profession and a resident of Haji Latif Shah Muhalla, was married to Reema under the custom marriage about 15 days ago. On the night of January 22, Reema allegedly gave poisoned milk to her husband. After her husband drank the milk, he started complaining about severe stomach ache and was taken to a hospital in Shikarpur. He was later shifted to a private hospital because there were no doctors there. On January 23, Nisar was shifted to a Sukkur hospital and then referred to a hospital in Karachi, where he died. Nisar’s mother registered a complaint at the Lakhidar police station against her daughter-in-law, Reema, stating that she has poisoned her son to death. Later, policemen raided the house of Reema’s parents and arrested the suspect. The police claimed that Reema has confessed in her statement to adding poison in her husband’s milk. According to the accused, the marriage was done under custom arrangement 15 days ago and she poisoned him to death as she did not like him.

The suspect is being kept at the women cell and will be produced in the court Monday (today) morning.

See The Pump Action Rifles Found Inside A Seized Container In Lagos. Photos