A woman in South Africa is facing a 15-year jail term for allegedly lacing her vagina with poison so she could kill her cheating husband. According to reports, the woman identified as Beatrice who has been charged with attempted murder had been complaining to her friends about her husband’s adulterous ways and decided to punish him in the most unusual way. 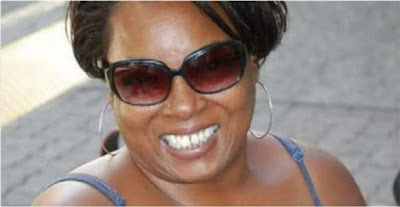 It was gathered that Beatrice put a very potent liquid rat poison she found on Google in her private parts with the hope that her husband, Khumalo , would give her a cunnilingus which would kill him in the process. After she was arraigned in court, Beatrice reportedly said: “I told him not to sleep around on me, I bet he won’t do it no more. I knew something was wrong when he wouldn’t leave the house to come get this vagina; he knows we always f*ck Thursday.” The woman Beatrice suspected her husband was sleeping with identified as Valerie Sithole, stated in court documents she knew something was wrong after she had not seen Khumalo in four days. Beatrice was charged with attempted murder and faces 15 years in prison. She is being held on R150,000 bond. Giving evidence in the case, Khumalo said he knew something wasn’t right before he went down on his wife because she had been playing a song titled ‘Poison’ on repeat all day long.

He said his instinct save his life as he refused to go down on her despite her insistence and promised to stop cheating on his wife though he vowed never to eat or drink anything she gives him as long as they remain married.