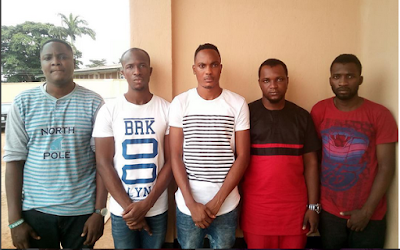 Investigations have also revealed that the suspects have various incriminating documents in their Laptops and Phones. They were posing on the dating sites as American Soldiers and using different identities to defraud unsuspecting American ladies. The suspects will be charged to court as soon as investigation is completed.

Girl Who Was Sexually Abused Finally Gets Adopted By Woman After 8 Years. Photos