Fifty transsexual prostitutes were rounded up and forced to sit on the floor for a lecture on stealing from sex tourists visiting Thailand. Officers trawled the streets and marched the sex workers to the station as part of a crackdown in the notorious city of Pattaya. 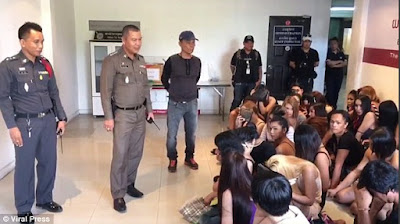 Wearing revealing dresses and high heels, they were packed together to reportedly be told off by a police chief in an attempt to curb the trend of men being robbed in the country. The sex workers marched to the station by police chiefs were all transsexual prostitutes rounded up from Pattaya’s notorious Walking Street. 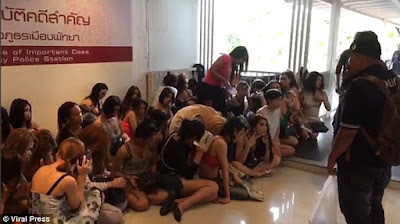 Police identified them as transsexuals visually and by a asking bout their gender before ordering marching a section of them to the station. Lieutenant Colonel Apichai Kroppetch spoke to the group about the dangers of damaging the tourist resort’s image and organised a press conference for local media to film it. Officers are determined to clean up the image of the coastal resort after it was dubbed the sex capital of the world. 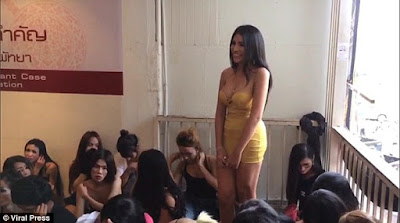 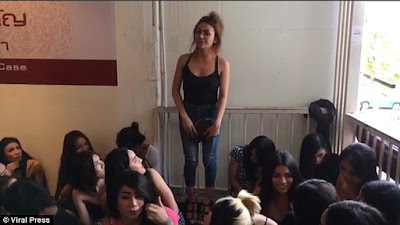 Parents Marry Their 3-Year-Old Twins To Each Other To “Avoid Bad Luck”.. Photos