A former stripper who wants to run for the French presidential election was arrested for parading topless in the street to promote transparency. Cindy Lee, 52, who is the candidate for the Pleasure Party in France, was handing out pamphlets and talking to voters while she was wearing just a pair of hotpants and tassels covering each nipple. 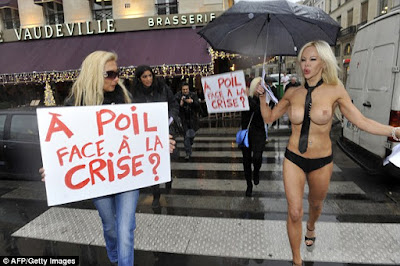 But her desire to shine a light on what she described as corruption in French politics did not go well, as she was arrested by 30 riot police officers who had mistaken her for a radical feminist activist. The potential presidential candidate stripped down and talked to LCI surrounded by her supporters. She said: ‘We are here to demand transparency when it comes to corruption, and this outfit justifies transparency ‘I advocate the well-being of the individual in society, putting people at the centre of politics.’ 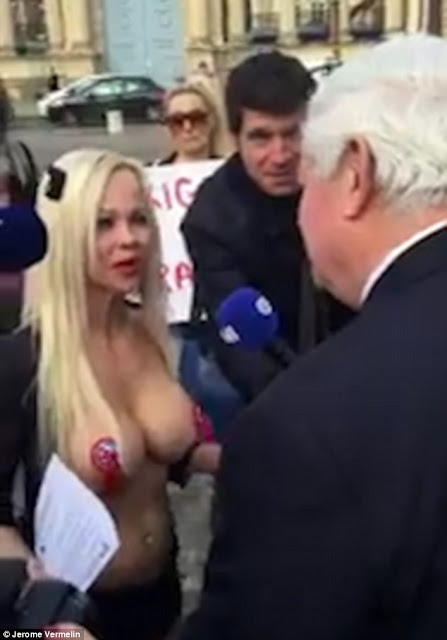 As well as talking to the local press, she stopped motorists to hand out her manifesto, which includes pumping money into projects to help residents enjoy a more fulfilled sex life. Her effort to gain support was cut short just as she was getting into the groove of her campaigning when 30 riot police officers led her away. 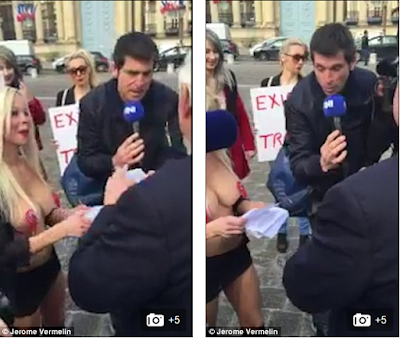 Japanese Billionaire Angry With Nigerian Officials Over His Donation To Olympic Team.

Pretty Bar Waitress Murdered, Chopped In Half And Buried In A Shallow Grave. Photos