A Nigerian journalist, Chidiebube Okeoma, paid a visit to a hospital in Orodo in the Mbaitoli Local Government Area of Imo State where two out of the three persons shot by the trigger-happy policeman, Wilson Ufere, are currently recuperating after coming out of coma (see story HERE if you missed it)…. 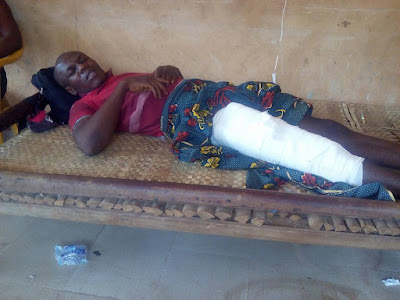 Tochukwu Uzoukwu, 25, a fresh graduate of Imo State university, Owerri, and Chukwuebuka Donatus, 24, who hails from Amaukwu Obollo in the Isiala Mbano LGA of the state said that they saw the killer police Sergeant pulled the trigger that killed 16 years old Obinna Iwuoha, instantly before firing them , on Thursday at the infamous “Ugwu Omiri Lawyer” on the Anara – Umuahia expressway. The orthopedist handing their bone fractures said that it will take a minimum of three months for them to start walking. 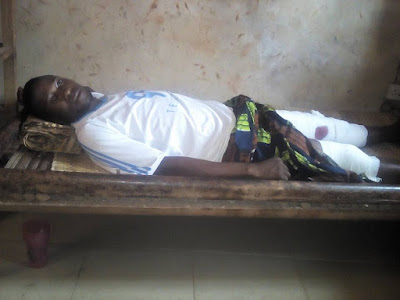 Uzoukwu, who is waiting for a call up for the next batch of National youth service corps program is currently ruining in pains. He can’t even sit while Donatus’father is in the mortuary and would be laid to rest in April. According to Chidiebube, there are chances that he won’t even be present during his father’s funeral service, owing to the gravity of the injuries he sustained from the brutality of the “mean officer” .

Meanwhile, the police Sergeant , Wilson Ufere, who shot them has been expelled from the Nigeria Police Force . 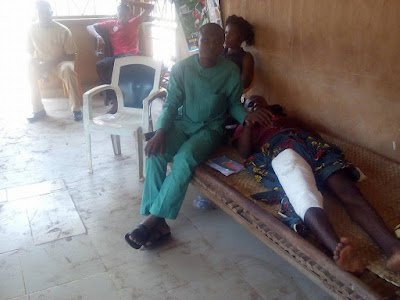 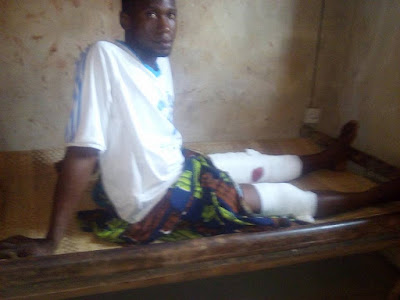 Unseen Photo Of Governor Obiano And His Lovely Family In America….