A base jumper tried to fool onlookers he was plunging to his death after jumping off a 40-storey building. Witnesses screamed as the man tipped over the edge and plummeted towards the ground. But seconds later they breathed a sigh of relief when he opened his yellow parachute and they realised it was all a trick. 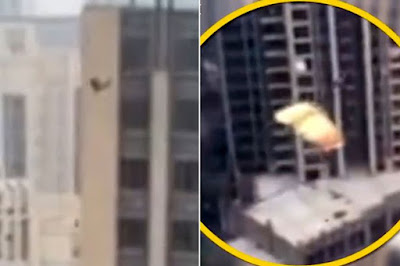 Mobile phone footage captured the moment shocked onlookers spotted the man teetering on the edge of the building in the city of Guangzhou, in southern China’s Guangdong province. They gasped as he got dangerously close to the edge – but seconds later realised he was a base jumper. The footage has since been viewed more than two million times after being uploaded onto social media. The man landed safely after the jump, but it is unclear whether he was tracked down by Guangzhou City police. 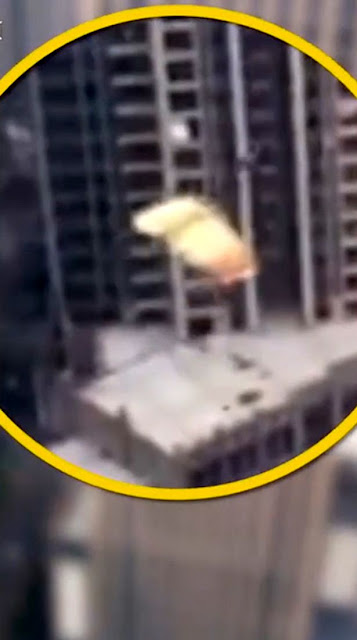 Governor El-Rufai, Other Dignitaries At The Largest Poultry Project In Sub-Saharan Africa. Photos

Gov Fayose All Smiles As He Welcomes Acting President Osinbajo To Ekiti. Photos