A three-year-old boy suffers from a rare genetic disorder which has caused his leg to swell to four times its normal size. Akshaj Khandelwal has Klippel-Trenaunay Syndrome (KTS) – which affects one in 100,000 people and prevents him from walking normally. 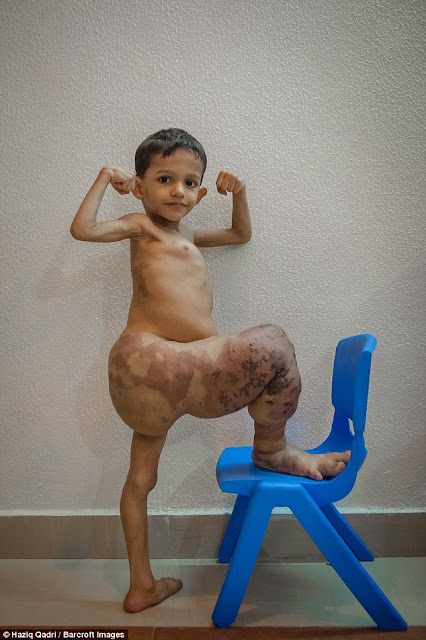 The condition also causes his leg to bleed if he tries to walk more than a few steps and prevents him from going to school on his own. Unaware of it being a medical condition, the toddler just believes his larger leg is a gift and he is lucky to have it. People often maintain a distance from him out of fear of being infected – leaving his family scared he will get bullied by other children as he grows older. 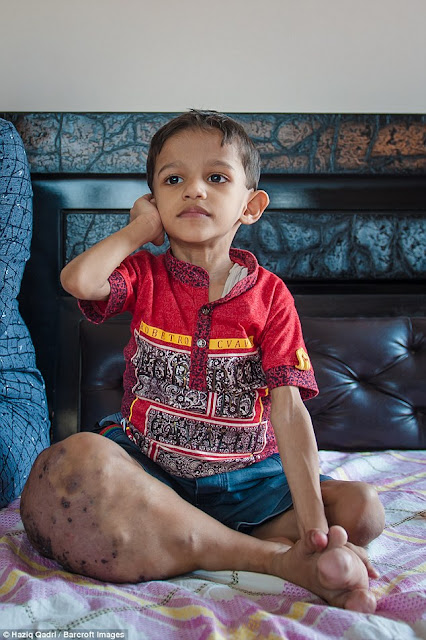 But his worried father Ankur, from Delhi, India, believes he is still too young to be told the reality of his condition – for which there is no cure. His distraught parents have visited almost all the hospitals in New Delhi and have returned without any help. Doctors at Fortis Hospital remain confused about the condition and say it is unlikely he will be treated successfully. KTS is a rare genetic condition which affects the development of blood vessels, soft tissues and bones. 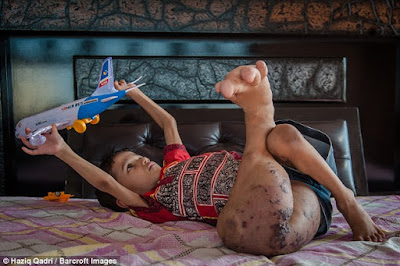 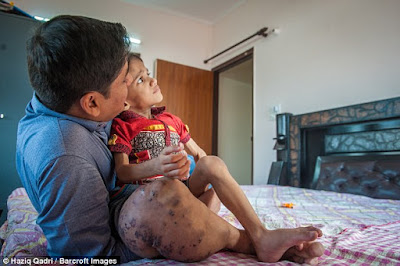 Notorious Robber Burnt To Death After Being Caught In Owerri. Graphic Photos

“My Ancestors Are Angry, I Want My Sacred Bones Back” — Female Traditional Healer Cries Out

Chimp Shows The Middle Finger To Tourist Who Took His Picture In The Forest. Photos