A passenger plane caught fire before skidding off the runway while attempting an emergency landing in the Andes. The right wing of the Peruvian Airlines jet broke starting a fire, according to local media in South America. The Boeing 737-300, which was travelling from Lima, was forced to make an emergency landing at a small airport in Jauja after authorities were alerted. 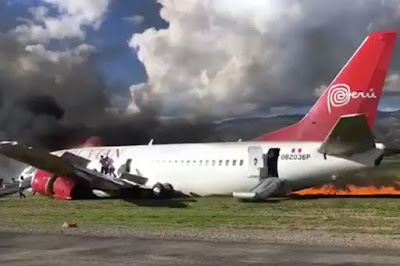 The aircraft skidded off the runway as it touched down on Tuesday. All 141 people on board were able to escape the jet before the fire spread to the fuselage, the airline said. No major injuries were reported. Authorities are investigating the incident, which occurred about 4.30pm at the high-altitude airport in an agricultural valley some 265 kilometers from Lima, the capital. The fire likely started when the wing scraped the runway, Interior Minister Carlos Basombrio said. 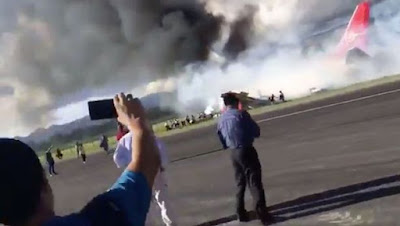 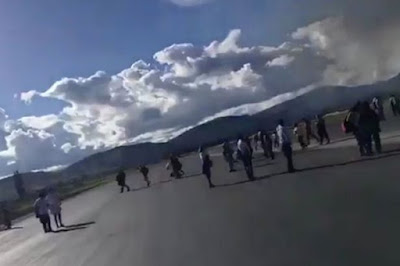 Enugu State Gets Female Acting Chief Judge. See Photos From Her Swearing In.