Tension has gripped residents of Alamutu and Akala in Mushin area of Lagos State as three persons were found dead and many shops looted as rival hoodlums clashed. Scores of the hoodlums and residents were also reportedly injured in the clash, which lasted for more than five hours before police restored normalcy. 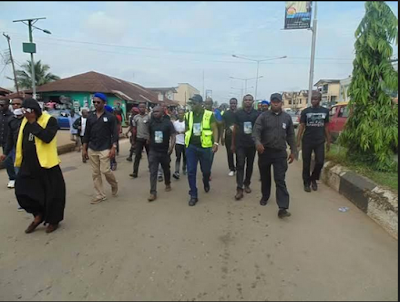 Heavy gunshots reportedly pervaded the entire Akala area between late Sunday and early Monday as hoodlums from Akala engaged their counterparts from Alamutu. It was gathered that the boys from Alamutu were holding a candle light procession for a bus conductor, when they were attacked by their counterparts from Akala. The Alamutu Boys reportedly engaged their rival as broken bottles and other dangerous weapons were freely used. Both groups reportedly recorded casualties as more than five people were reportedly injured in the clash that ensued. A resident of Alamutu, who identified himself simply as Awoko said “the two groups used to be together until the Alamutu boys pulled out.” “They used to form a gang to fight other people around Mushin and Somolu but the Alamutu boys complained about not being ‘properly settled ‘during sharing of money and other things ” the resident said. Awoko also said that “the Sunday crisis started, when the Alamutu Boys were doing candle light procession for one of them, a conductor, who died in an accident.” It was gathered that that the candle light procession team had barely returned to Alamutu, after the confrontation at Akala, when the Akala gang mobilized and invaded Alamutu. There was heavy shooting leading to an instant death of one person, while passersby were robbed of their money, mobile phones and other valuables. The image maker in charge of the state police command, Olarinde Famous- Cole confirmed the death of one person to the Metro but insisted that normalcy had been restored. The police spokesperson stated that the police in the state responded to a distress call of a clash between two gangs of area boys and that a dead body was recovered by the police.