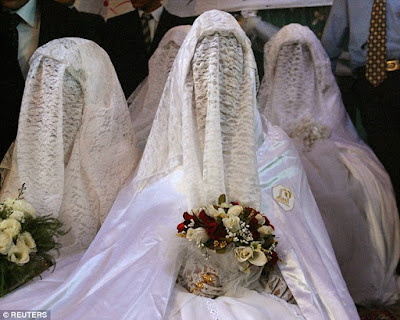 Heena Fatima allegedly received the word Talaq written three times from her husband of four years Syed Fayazuddin Hussain a few weeks ago. Hussain then sent her divorce papers to Hyderabad, in southern India, from the US, reports India Today. Mehreen Noor, married to Hussaini’s brother Mohammad Abdul Aqeel, then received a similar message informing her that she had been divorced. ‘They (the two brothers) have made marriage a joke,’ said Mehreen. The two women have now lodged complaints with the police, claiming that the Islamic principle allowing them to divorce them in such a way conflicts with others. In Sharia law, talaq – roughly translated as divorce – can be declared by the man without court approval but is usually followed by a three-month period, during which time it can be revoked. The divorce becomes official when it expires but they can still remarry, unless he repudiates her again.

Ahmed Bolori, One Of The Persons Declared Wanted By Nigerian Army Shares Update

Drunk Driver Rams Into Another Vehicle At Ikeja Area Of Lagos. Photos