A man in China was filmed marrying two women, one of which turned out to be his ex-wife. According to reports, the man’s family were fond of his ex-wife and wanted them to have a ‘proper’ wedding before he married his fiancee. 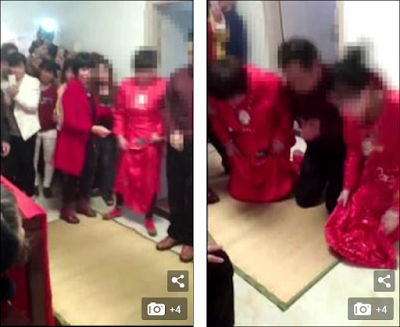 The footage circulated on Chinese social media on April 18 and shows the wedding taking place in Longzhu village. The man’s parents were fans of the man’s ex-wife who he divorced in 2016. They wanted to give the pair a lavish wedding to formalise their marriage before he then married again. Because of this, he married both women during the same ceremony, reports nd.fjsen.com. The woman on the left is the ex wife while the woman on the right is the man’s new fiancee. According to reports, when the ex-wife and man originally married but did not have a ceremony. Because of this his parents wanted to give her a ‘proper wedding’ before he then remarried. 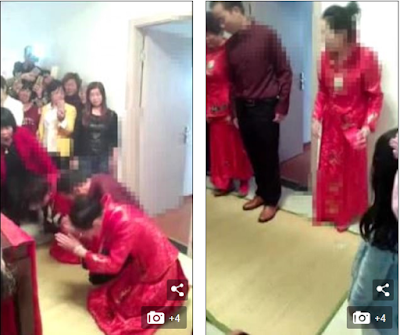 Man Lands In Court For Stealing Spoons In Lagos Island….