‍Plastic surgeons from a hospital in Xi’an, the provincial capital of Shaanxi in northwest China, have successfully transplanted a regenerated ear from a patient’s arm to his head on March 29. The patient, surnamed Ji, suffered severe injuries on the right side of his face and lost his right ear in a traffic accident over a year ago. 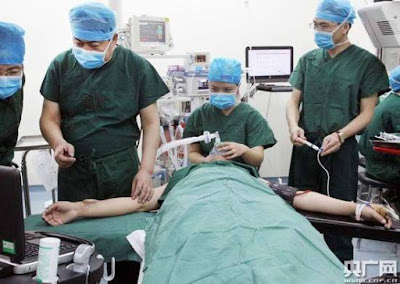 As it was impossible to regenerate another ear over the scar, Guo Shuzhong, a leading plastic surgeon at the First Affiliated Hospital of Xi’an Jiaotong University, decided to “plant” an ear on Ji’s forearm and then transplanted it to his head. The plastic surgery was divided into three stages. During the first stage, a skin expander was set in Ji’s right forearm. In the second stage, doctors extracted cartilage from Ji’s rib and carved it to build the new ear. The cartilage was then planted under the expanded skin on the patient’s arm, allowing the new ear to grow. Guo and his colleagues performed the third stage of the plastic surgery on Wednesday when they successfully transplanted the regenerated ear onto Ji’s head using microsurgical techniques. The operation lasted seven hours. 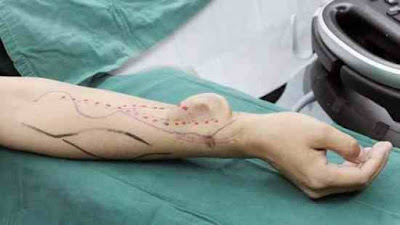 After the surgery, the newly transplanted ear appeared pink in the light of the operating room lamp. Guo and his colleagues heard the sound of blood flow using a Doppler blood vessel detector, indicating the surgery was successful. Guo said the surgery was very difficult because they had to transplant the regenerated ear to an appropriate place on the head that could supply adequate blood flow to the ear to ensure normal functioning after surgery. The patient is in a stable condition. He will be discharged from the hospital in about two weeks when his new ear can function normally. 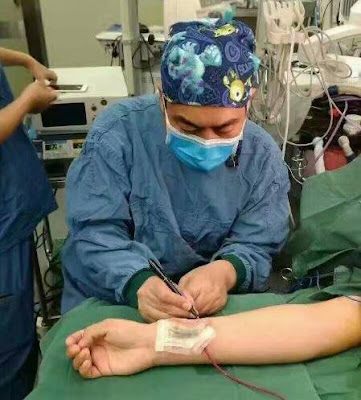 N8Billion Currency Scam: FG Seizes Properties Of Bankers As They Are Jailed For 18 Years. Photos

“Meet The Former Premier League Player Who Wants To Be A P0rn Star”. Photos