Terrified hospital staff claim they have recorded the moment they saw the ghost of a young child hiding behind a bed left out in a corridor. One nurse filmed the footage after the small, portable bed had been left out in the corridor overnight. 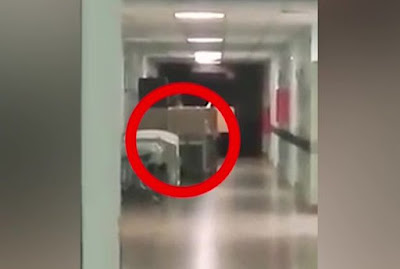 She claims that she saw the eerie spectre of a young child peeking out from behind the sheets draped over the cot. It is believed the footage was captured at Cordoba Children’s Hospital in Argentina but not everyone is convinced by the clip. Some viewers claim that they are unable to see anything at all, while others say there is an ominous shadow to the right hand side of the bed. Employees at the hospital say the corridor connects to wards that used to be used by children and believe the spooky presence is the soul of a child who died in room 500. 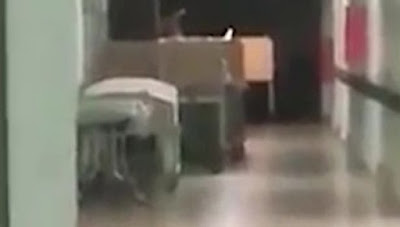 See The Moment Man On Trial For Sex Assault Tries To Stab Prosecutor In Courtroom..Photos

Man Sentenced To 3 Years Imprisonment For Stealing A Phone…