Germany has deported an alleged Islamic extremist deemed dangerous by authorities to Nigeria. The Dpa news agency reports that the 22-year-old man, who was born in Germany and who hadn’t committed a crime, arrived Lagos on Thursday, the Associated Press has reported. 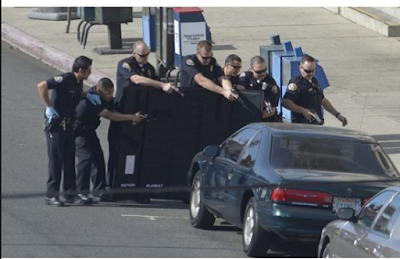 The unnamed man was one of two detained in February in Goettingen during an investigation of suspected attack plans. When the two men were picked up, investigators found two weapons, at least one of them had a firearm that had been altered to fire live ammunition. Also found were ammunition, flags of the Islamic State group and a machete. The man deported to Nigeria is banned from entering Germany for life.

Following attacks by Islamic extremists last year, German authorities vowed to step up deportations of foreigners deemed to be threats.

Checkout This Large Sized Cat Which Has Become A Viral Internet Sensation. Photos