On Sunday night, N’Golo Kante was crowned the 2016/17 PFA Player of the Year after being voted for by his peers. The 26-year-old won the Premier League last season with Leicester City, and could complete a similar feat with Chelsea this term. 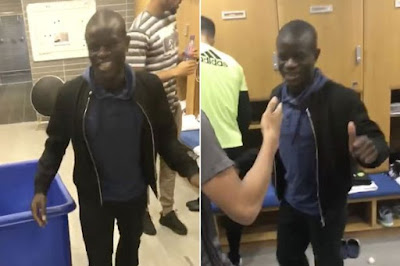 Narrowly missing out on the award last season to then teammate Riyad Mahrez, Kante went one further this year pipping the likes of Eden Hazard, Harry Kane, Romelu Lukaku, Zlatan Ibrahimovic and Alexis Sanchez. The midfielder, was greeted by cheers and hugs from everybody in sight. Kante has appeared 31 times for the Blues in the league this term, making 110 tackles, 72 interceptions and averaging a successful pass rate of 88.78 per cent. 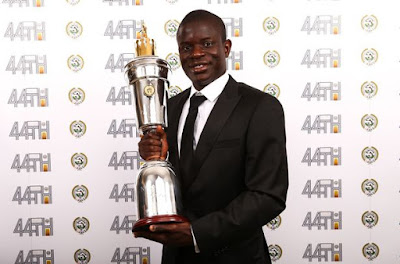 Meet The African Monarch Who Doubles As A Full Time Mechanic In Germany. Photos

See Why We Should Be Always Grateful No Matter The Condition..Photos

2 Die In Custody As Policemen Chase Protesters With Tear Gas In Lagos. Photos