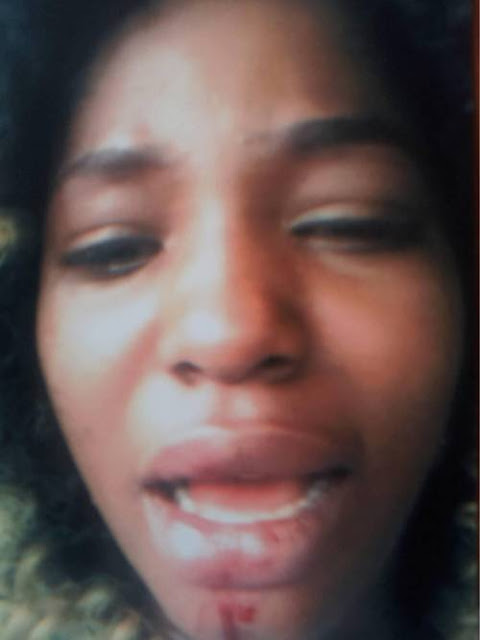 Ms. Adekunle alleged that Corporal Ibrahim, whose police number is 364909, attacked her at a security checkpoint in Ago-yeye community along Owo/Akungba road. Several students who spoke to our correspondent described the police officer as a notorious extorter who is assigned to the ‘A Division’ of the Owo Divisional Police in Ondo State. According to Ms. Adekunle, the officer attacked her for spurning his demands for a bribe, adding that Mr. Ibrahim was irate that she had recently told him she was opposed to bribery. Ms. Adekunle, who suffered severe bodily injury in the assault, described her ordeal in a statement obtained by our correspondent on Tuesday in Akure, the capital of Ondo State. In the statement, the final year student explained that she was in a vehicle headed for Akungba to submit her academic project at Adekunle Ajasin University Akungba Akoko (AAUA) when Mr. Ibrahim ordered the vehicle to stop at a checkpoint at Ago-yeye on the Owo/Akunga road. She said Corporal Ibrahim demanded that the driver pay a N50 bribe. She wrote that the driver, who did not have a N50 note, gave the police officer N500, expecting to receive change of N450. Instead, “the police officer went away with the money for more than five minutes without returning the change,” Ms. Adekunle wrote. According to her, the police officer’s action infuriated the passengers who were losing patience with his behavior. She wrote that she and other passengers “became impatient with the policeman and even the driver for giving [a] bribe and wasting [their] time,” adding that rain was about to fall and she was anxious to get to the university to submit her academic assignment. 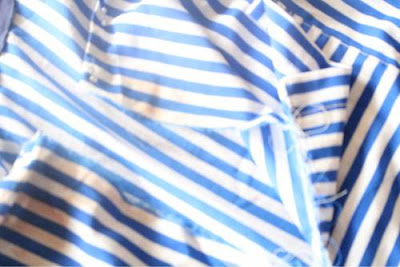 Ms. Adekunle stated that the driver went to the police officer to ask for change of N450. Instead of giving the change, Mr. Ibrahim walked to the vehicle and began rebuking and threatening passengers for criticizing him as a police officer. According to Ms. Adekunle, as the passengers did not utter a word to him, the furious officer pointed to her “and asked if I was deaf or dumb because he was talking to us and we were not responding.” She said the officer hurled abuses at her and accused her of being a prostitute. She added that the unruly officer at one point opened the front door of the vehicle, dragged her out, and punched her on her neck and mouth, causing her to bleed heavily from the nose. Ms. Adekunle stated that the officer tore her blue and white-striped gown and, in the presence of other passengers, began to fondle her breasts and to lewdly touch other parts of her body in the guise of searching her. She said her fellow passengers cried for help as she underwent her ordeal at the hands of Mr. Ibrahim. Ms. Adekunle’s dress was torn by the police officer She stated that Corporal Ibrahim seized her iPhone 7, which rang as he touched her, adding that, when she demanded for the phone, the officer pulled his gun and threatened to shoot her as well as the driver who was pleading with him to stop the molestation. Ms. Adekunle’s statement said the officer “even threatened to burn our vehicle (bus) into ashes and that nothing would happen,” adding that the officer was eventually pacified by another transporter who pleaded with Mr. Ibrahim “to drop his gun to avoid killing us like animals.” She said the officer threatened to spray teargas on her, and then punched her on the chest and neck. “I fainted in the process but I was later revived by other passengers some minutes after,” wrote the student. “My mouth was full of blood and I was taken to a hospital where I received treatment and [got] placed on drugs due to the heavy attack,” she further recounted. Our correspondent learnt that Ms. Adekunle’s lawyer has already petitioned the Ondo State Commissioner of Police, Hilda Ibifuro-Harrison, over her harrowing experience that caused her physical and emotional injury. The victim’s lawyer, Charles Titiloye, urged the Commissioner of Police to investigate the assault and to prosecute the accused police officer. Speaking to our correspondent, Mr. Titiloye said the randy police officer was apparently drunk when he assaulted his client. He stated that the officer’s punch on Ms. Adekunle chest had left the student “terribly weak and in pain,” adding that the assaulted student continued to receive treatment and was put on drugs after being discharged from the hospital. “Her health has since deteriorated as a result of the incident, so we are urging the Police Commissioner in Ondo State to fully investigate this incident and prosecute the said officer for the assault on our client,” Mr. Titiloye said. A source at the Ondo State Police Command confirmed that the office of the Commissioner of Police had received the petition submitted by Ms. Adekunle’s lawyer. He added that Corporal Ibrahim had been summoned to appear at the Akure headquarters of the police command for interrogation. “I’m sure the commissioner will be having a meeting with the lawyer and the two parties involved in this case sometime this week,” the source said.