Members of the Bring Back Our Girls (BBOG) group embarked on a protest on the streets of Lagos state over the remaining schoolgirls abducted by Boko Haram 3 years ago on April 14, 2014. The protesters marched through the streets and roads to the office of the governor. 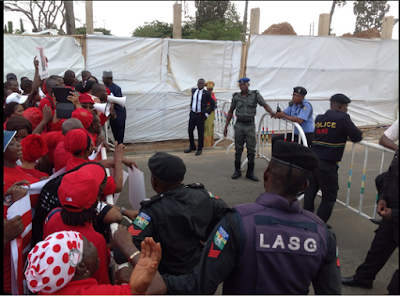 It was gathered that the protesters were prevented from getting close to the Governor Akinwunmi Ambode’s office by security officials. 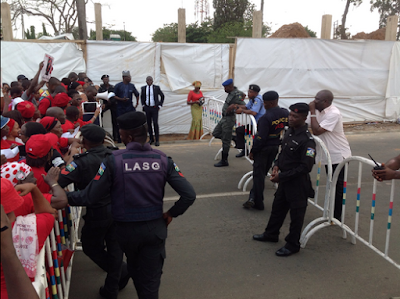 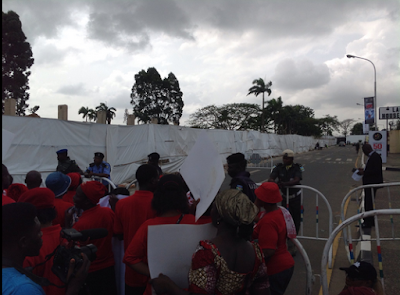 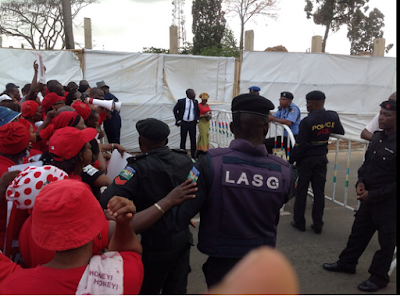 Meet The Sex Worker Aiming For “Gold” At The 2016 Olympics In Brazil. Photos

See The 15 Approved Hairstyles For Men And Women In North Korea. Photos