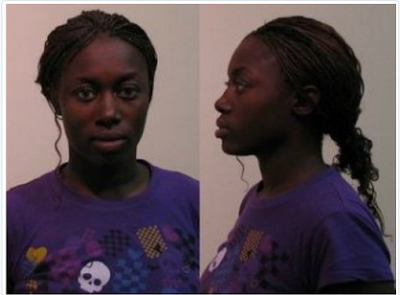 Since the father of the baby worked away from home, she always filtered the baby’s pictures to look light skinned whenever he requested for them. The plot thickened when the father said he was returning home. Desperate, the poor girl started bleaching the baby’s skin intensively for four days using the ever popular Movate to make the baby lighter so to impress the father. Unfortunately the baby’s soft skin couldn’t take the harsh chemicals of the bleach product and started peeling off. Tinyiko’s mother forced her to take the baby to the hospital where she was forced to explain what had happened and the police were informed. She is now in custody while the baby is being treated for the bleach wounds.

Refugee Welcomes A Set Of Twins In An IDP Camp In Adamawa State. Photos