The Police in Ogun State have arrested a 26-year-old man, Abiodun Joseph, for allegedly impersonating the Ooni of Ife, Oba Adeyeye Enitan Ogunwusi. The suspect, according to the State Commissioner of Police, Ahmed Iliyasu, was said to have created social media accounts, Facebook and Whatsapp to defraud unsuspecting members of the public. 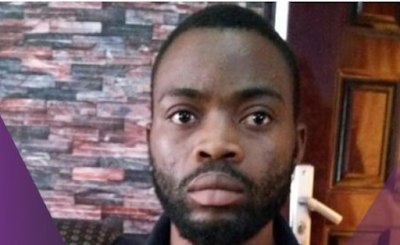 The CP told newsmen that the suspect was arrested, last Wednesday, at Ilese -Ijebu area of the state following a tip-off, and he was said to have duped some unnamed people to the tune of N600,000. The suspect said he started the scam last year October and that he had successfully defrauded two women based abroad. Joseph told journalists said he lured his victims on the pretence that he wanted to marry them, by requesting for their nude pictures and money, so as to perform spiritual act before marrying him. Joseph, who hailed from Ilaje in Ondo State, said he learnt computer works after his secondary education in 2008. He said he got a sum of N350,000 and N250,000 from the two victims identified as Aderonke and Williams respectively, while the money were wired to him through Western Union at a bank in Ijebu-Ode, he said. Joseph said, “I attended Ilese Comprehensive High School and graduated in 2008. I’m married and have a three-year-old child. I learnt computer works in Lagos, but when there was no means, I thought of how to make ends meet. “I started this scam last October. I used to see the picture of Ooni online and resolved to use it. Therefore, I used it to create Facebook and Whatsapp platforms.