The Nigerian Army, yesterday, began a security operation code-named Exercise Python Dance, in the five South-East states as part of efforts to ensure a hitch-free Yuletide period, with a warning to groups in the area that they would be the target if they foment trouble during the period. 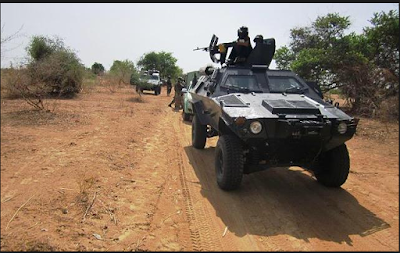 According to Vanguard, visible signs of the operation were already in place in Anambra State yesterday, as its step-up headquarters located at the Dora Akunyili Women Development Centre, Awka, was decorated with Army camouflage. The one-month exercise would end on December 27, after which the Army would be on ground to maintain peace in the various communities in the geo-political zone. Deputy Director of Army Public Relations of the 82 Division of the Nigerian Army, Colonel Sagir Musa, told reporters in Awka that the prevalent security issues such as robbery, kidnapping, abduction, herdsmen-farmers clashes and violent secessionist attacks, among others, would be the main focus of the exercise. Essentially, he said that any group that threatened the security of the nation in the zone would be disarmed, adding that the exercise became necessary because of the rise in violent crimes during the yuletide period. Col Musa said that for the purpose of the exercise, there would be increase in the number of soldiers and check points in the zone, adding that troops would also be moving from one point to the other to maintain peace. He said that after the exercise, the Army would continue to maintain internal security in line with the existing joint security task forces in the states, insisting that the military would not hesitate to apply the rules of engagement to deploy troops to deal with secessionists as appropriate

How Mikel Obi, Others Stopped Coach Siasia From Resigning After Sweden Win