Barcelona kept their La Liga hopes alive with a 3-2 Clasico victory over Real Madrid – leaving an absent friend nothing short of delighted as he watched from his sofa. Los Cules were missing Brazilian star Neymar at the Santiago Bernabeu, the 25-year-old absent after receiving a three-match ban following his red card at Malaga. 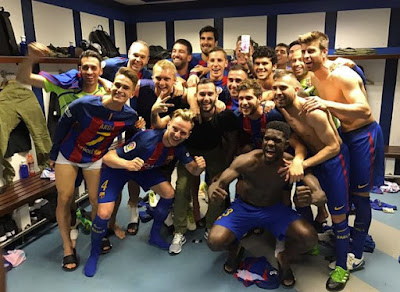 Barca had hoped to have Neymar available; automatically handed a one-game ban before being given an additional two matches for sarcastically clapping the officials as he left the pitch, the club had appealed taking their case to the Court of Arbitration for Sport. But despite his and the club’s unhappiness at his ban, Neymar was still able to join in the celebrations. Firstly, the Brazilian wildly celebrated Lionel Messi’s 92nd minute winner with friends at home. 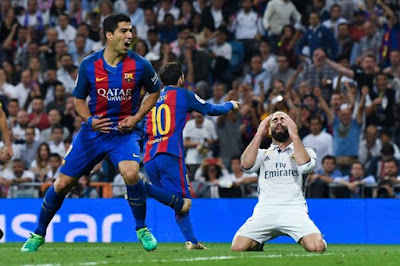 And then his teammates didn’t forget the former Santos star, video-calling him from the dressing room so he could also share the immediate aftermath of their success. Without the Brazilian, Messi took the bull by the horns and led Barca to triumph, scoring twice – including a winner with the last kick of the game. 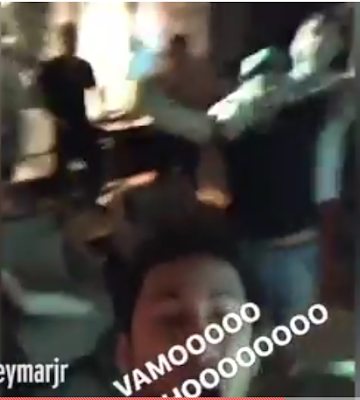 OMG! See The Shocking “Instrument” A Man Spotted In His Office Today. Photos